Sunnyvale crash suspect appears in court; may have targeted victims he believed were Muslim 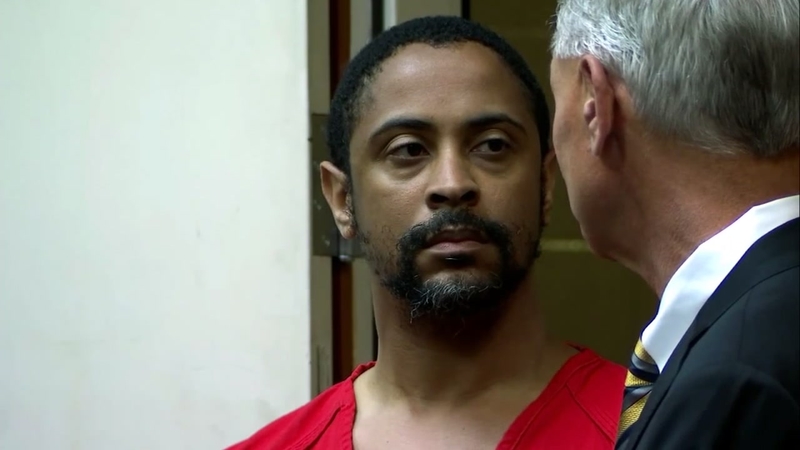 SAN JOSE, Calif. -- The suspect who drove into eight people in Sunnyvale Tuesday evening may have targeted some of them because he believed them to be Muslim, Santa Clara County officials said Friday.

Isaiah Peoples, 34, was charged Thursday with eight counts of attempted murder in connection with a collision on El Camino Real that left a 13-year-old girl in critical condition and injured seven others.

On Thursday, police discovered evidence that Peoples "intentionally targeted the victims based on their race and his belief that they were of the Muslim faith," Phan Ngo, chief of the Sunnyvale Department of Public Safety, said. Ngo declined to provide further details on the evidence, citing an ongoing investigation.
The crash happened at El Camino Real and Saratoga Sunnyvale Road around 6:40 p.m. Tuesday.

#BREAKING: @SunnyvaleDPS @SunnyvaleChief says they have discovered new evidence showing that the suspect, Isaiah Peoples, targeted the victims based on race, and his belief they were of the Muslim faith. #ABC7Now

According to police, Peoples had picked up food and was taking it to his Bible study group when he drove a black, four-door sedan into a group of pedestrians at a crosswalk and sidewalk. After the crash, a witness said she heard Peoples say, "Thank you Jesus, praise Jesus," and that he appeared to be completely coherent.

Jay Boyarsky, chief assistant district attorney in Santa Clara County, said Peoples has not been charged with a hate crime, but said the evidence that he may have targeted "one or two" of the victims based on their race or religion was "disturbing and appalling."

"If there is evidence that warrants the filing of a hate crime enhancement ... I guarantee you that we will file such a charge," Boyarsky said.

Ngo said the FBI is assisting Sunnyvale officers to determine whether Peoples committed a federal crime. Investigators are also looking at whether his actions were influenced by post-traumatic stress disorder he suffered as a result of his Army service in Iraq from 2005 to 2006.

Peoples' defense attorney, Chuck Smith, said, "this act was clearly a product of some mental disorder or mental defect," and disputed that Peoples drove into the victims intentionally.

"There's no explanation for this other than his (Army) service, what happened to him while serving our country," Smith said.

Smith added that he will push for a resolution that provides mental health treatment for Peoples "rather than simply locking this good man up."

Peoples faces a maximum sentence of life in prison for each charge filed against him, according to Boyarsky.