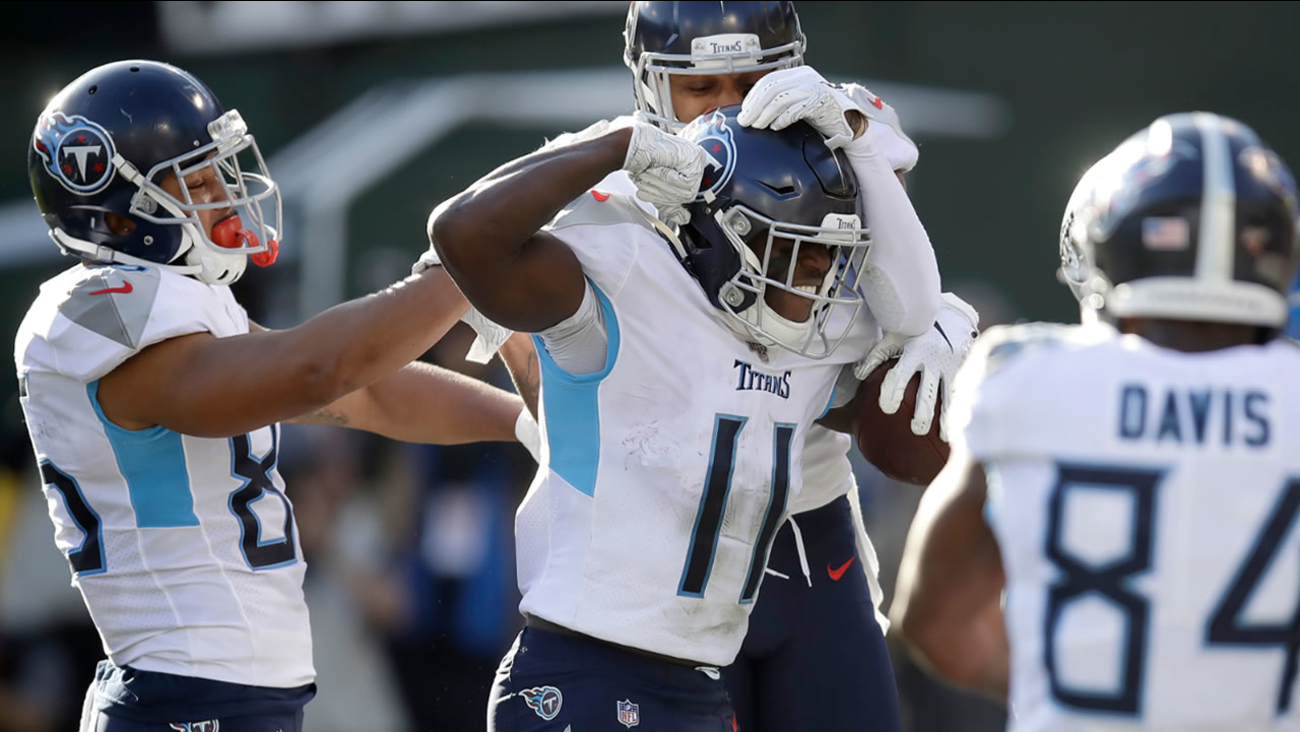 OAKLAND, Calif. -- The Raiders' chances of making the playoffs in their last season in Oakland are likely over after Sunday's loss.

They needed to beat the Tennessee Titans to keep even a small glimmer of hope for staying in the AFC Wild Card race.

The Titans came to the Coliseum and dominated the Silver and Black, beating them 42-21.

Oakland has now lost three consecutive games in which they were outscored 116-33.

The Titans bounced back from a deflected interception on the opening drive to score TDs on five of their next seven possessions to improve to 6-1 with Tannehill as the starting quarterback. The win moved them into a tie for first place in the AFC South with Houston. The teams are set to meet twice in the final three weeks.

Tennessee broke open a tight game with a three-touchdown barrage in a span of just over seven minutes of the second half that all but ended the playoff hopes for the Raiders (6-7) in their final season in Oakland.

Henry, who rushed for 103 yards, broke a 21-all tie with a 10-yard TD run midway through the third quarter to cap an 89-yard drive.

The Raiders then went three-and-out on their next drive and Tannehill easily drove Tennessee 84 yards for a 35-21 lead on a 17-yard pass to Jonnu Smith.

The boo birds then came out in the second-to-last game at the Coliseum when Darren Waller fumbled a catch after a hit by Tye Hill and Jayon Brown returned it 46 yards.

What had been a promising season for the Raiders with a three-game win streak in November that improved them to 6-4 has gone off the rails the past three weeks. They lost by 31 points in successive road games against the Jets and Chiefs and then fell apart in the second half against Tennessee. This marked just the second time in franchise history that

Oakland dropped three in a row by at least 21 points, having also done it in 2012.

Tannehill threw two TD passes in the first half to rookie A.J. Brown, including a 91-yarder. Brown finished with five catches for 153 yards.

Henry also had a 12-yard TD run in the first quarter and has eight touchdown runs in his past five games to give him 13 on the season.

He joined Earl Campbell as the only players in franchise history with back-to-back seasons of at least 12 TD runs. Campbell did it three straight years from 1978-80.

Tannehill burned the Raiders in the second quarter with the 91-yard deep strike to A.J. Brown, which was the longest pass play in Tennessee history. Oakland answered with its own deep shot later in the quarter when Carr connected with Rico Gafford from 49 yards out. It was Gafford's first career catch.

The Titans missed a chance to break a 21-21 tie when Ryan Succop hit the left upright from 42 yards out on the final play of the first half. Tennessee now missed nine field goals this season, one shy of Dallas for the most in the NFL.

Titans: S Kenny Vaccaro left the game with a concussion.

Raiders: Oakland was without star running back Josh Jacobs, who missed the game with a shoulder injury. DeAndre Washington ran for 53 yards and a TD in his place. ... TE Foster Moreau left the game in the third quarter with a knee injury.