Leaving California: Former residents tell us the good and the bad after they left the Golden State

KGO
By Dion Lim
SAN FRANCISCO (KGO) -- California had a net loss of residents of about 129,000 people in the year ending in July of 2019, according to data from the U.S. Census.

Many of them moving to states with a lower cost of living like Texas, Colorado, Tennessee, and Idaho.

Along with the exodus comes growing pains and opportunities.

About 129,000 California residents left the state in one year. LEFT: a home realtor @BrianKGillman sold in Livermore for just over $1,000,000. RIGHT: the home the sellers bought in Las Vegas. Half the price, twice the size. @abc7newsbayarea pic.twitter.com/YAMkDaMOSB

For years Brian K. Gillman had a thriving notary business in the Bay Area but shifted into real estate in 2019 when he noticed throngs of Bay Area residents wanted to move out of state.

"When they sell that's half the process. They have to go somewhere and I heard it over and over, they've been having a bad experience when they land," said Gillman.
Recognizing the need to help buyers find the right location to move to, Brian and his team now travel to cities across the country.

"I am looking into Idaho, Nevada, Texas, Florida, and Tennessee," said Gillman.

RELATED: Californians are leaving the state at a rapid pace... and going to Idaho?

They're in the process of shooting videos and gathering information like tax rates, that'll help buyers like the ones who just sold their Livermore home at just over a million dollars, make a decision on where to buy. It'll also help his company assist buyers on the back-end find a property.

The home the Livermore sellers purchased in Las Vegas was half the cost of their California home at twice the size.

Mario Lopez is one of 7,200 Californians that recently made the move to Idaho in a 5-year span. Lopez's decision to move was based on spending more time with his family, not in the car, commuting.

But he has experienced some push back.

Idaho apparently has much more to offer than just potatoes 🥔! In 5-years about 7,200 Californians moved to the Boise area. #GlamourousPotatoLiveShot pic.twitter.com/LHSR468P3u

"We were at Costco and my wife was speaking to my dad who was ill. The people next to us, around us weren't happy she was speaking Spanish and from that point a bunch of stuff escalated," said Lopez.
Wayne Richey, a one-time Boise mayoral candidate who ran on the slogan of "take back Boise." He said it's not Californians and their viewpoints he despises, it's how they're driving up home prices.

"They'll tell you they love the fact their houses are worth a lot more now and they have that appreciation in equity," said Gillman.

Mario says despite the occasional prejudice over Californians, the cost of living and quality of life in Idaho is still worth the move for him and his family. 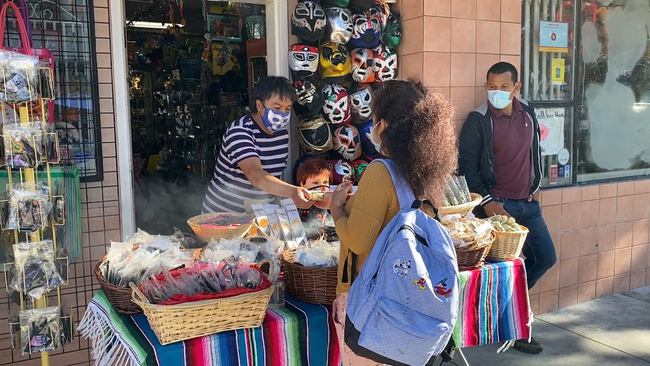