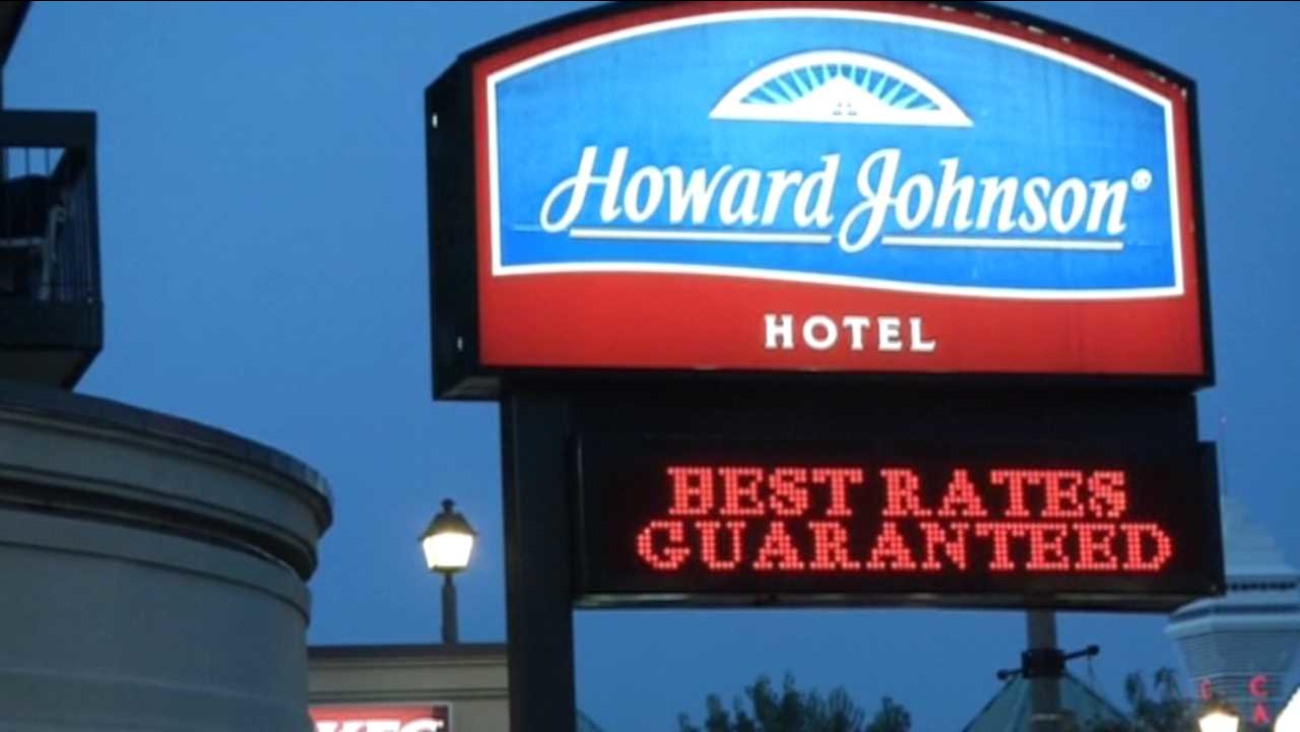 NIAGARA FALLS, N.Y. -- Police are searching for the parents of a baby who was somehow locked in a safe at a hotel in Niagara Falls. The family is believed to be from Brooklyn.

Niagara Falls police said the family stayed in the Howard Johnson hotel on Victoria Avenue Tuesday. Hotel maintenance staff were alerted that a baby was locked in a safe in the family's hotel room, and came to help.

Maintenance staff were frantically called first to the couple's room where they found the baby crying and trapped inside the small space, measuring almost a foot and a half wide.

The worker was able to open the safe and remove the baby.

"It's not known the sex of the child, just that it may be under a year in age," said Det. Const. Amanda Sanders.

Investigators say the floor safe was larger than a standard hotel safe, and it took workers nearly 20 minutes to get the baby out.

Police said the parents immediately left the hotel - before the officers were notified. Police are now trying to locate the family to check on the welfare of the child.

Investigators don't believe the pair crossed back over the border.

Aside from crying the child appeared to be fine, but just how the baby became locked in the safe remains a mystery since the couple left with the child before police could ask any questions.

"This may be nothing more than a preventable accident and we are just looking to verify that," said Sanders.

For now police haven't said if any charges could be filed, however some people question if this was truly an accident.

"People like that should be locked in a safe like they locked their baby in a safe. It's absolutely sickening," said Derek Reid.

Here's what police know:
- Hotel room registered to someone in Brooklyn, New Yok
- License plate registered to room is from New Jersey: B31EUB
- Car is a 2015 Gray Ford passenger van

Anyone with information about the family or vehicle is asked to contact the Niagara Regional Police Service Communications Unit 905-688-4111 (ext. 4320).