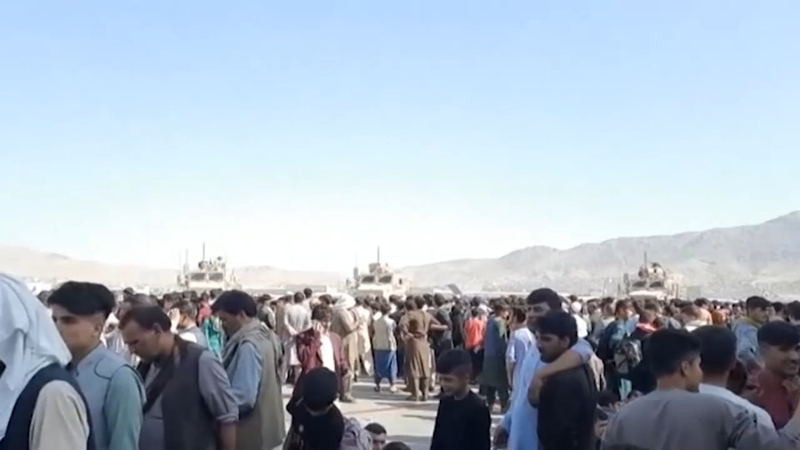 Former interpreters for US fear Taliban will kill their families

After the attacks Thursday that left dozens dead in Kabul, it is becoming more urgent for people in the United States to get their families in Afghanistan out to safety.

Two former Afghan interpreters for the U.S. marines worry if they can't get their family out now, they never will.

While fighting the War in Afghanistan, the United States enlisted the aid of many Afghan people. Multiple tours, more than two decades of service and countless American lives saved combined.

That's the story of two men who were former interpreters for the U.S. marines in Afghanistan.

"We have seen lots and lots of things," Farhad Ahmadi said. "People died in front of my eyes. It was tragic to be there and watch all of that, but we had to be there to help the people and help the United States."

"I was in the the worst place at Helmand Province," Wali said. "I never refused any mission, I just saved so many marines. I did my part, but today I am asking and seeking for help, for all those people that see and hear my voice, to help me and my family."

A Bay Area man is sharing his terrifying story, escaping from Afghanistan.

Now living in the US, these men are watching the scenes in Afghanistan with fear and dread, as they have family members still there.

Wali lived in Concord after his tour before moving to Texas, he says his mother, sister, three brothers and nieces are desperately trying to escape.

He says they have no money and are on the run from Taliban forces due to his affiliation with the Marines. He fears they are almost out of time.

"The Taliban is taking it easy because of the US Troops. August 31, they're going to pull all of the troops out of Afghanistan," Wali said. "They will kill every single member of anyone involved with the US, or Afghan national army or police or anyone."

Congressman Ro Khanna says he feels for the members of his district who are scared like these men that their families may never make it home.

He says the government continues to do all they can to bring everyone home safely.

"I will not stop my advocacy and I will make sure the state department, and the White House and the President do not give up on making sure our commitment is fulfilled to people that worked for us for for family members of American citizens," Rep. Khanna said.

RELATED: What to know about Afghanistan's Islamic State believed to be behind Kabul airport attack

Rep. Khanna encourages anyone seeking help getting family out of Afghanistan to contact his office.

Wali lost his father to the Taliban when he served as an interpreter for the US in the early 2000's.

He is pleading with the government so he won't lose the rest of his family.

"Please, step up and take care of our family," Wali said. "Save them before they get killed."