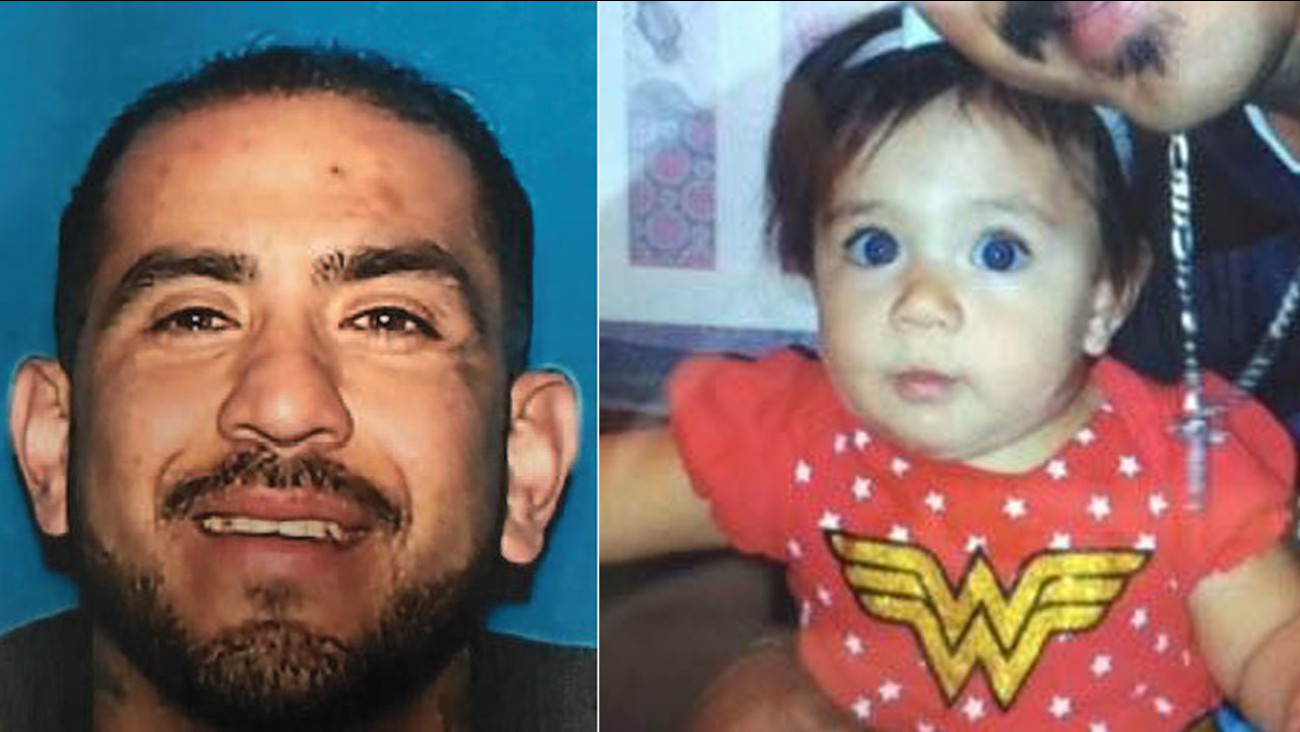 Daniel Segura, 38, is shown in a DMV photo alongside an undated photo of Lexi Segura, 1, of Rancho Cucamonga. (KABC)

RANCHO CUCAMONGA, Calif. -- Authorities issued an Amber Alert for a 1-year-old girl who was abducted in Rancho Cucamonga by an armed suspect Monday night.

The child, named Lexi Segura, was abducted by a male suspect, 38-year-old Daniel Segura, from the city around 5:40 p.m. Authorities said he is armed and dangerous.

Segura is said to have Lexi in a red 2012 four-door Mitsubishi Galant with the license plate 6WEE209. He is described as standing 5 feet 5 inches tall, weighs about 170 pounds, with brown hair and brown eyes.

He was last seen wearing a dark T-shirt, dark baseball cap and blue jeans.Authorities said he also has several tattoos on his arms and neck.

Lexi was last seen wearing a baby blue shirt with gold writing on it, blue jeans and pink shoes. She has brown hair, brown eyes and weighs about 35 pounds.