Mariah Kay Woods has been missing since Sunday night when her mother put her to bed.

Woods lives with her mother and her mother's live-in boyfriend in Jacksonville, North Carolina.

Her biological father Alex Woods told WCTI 12 Tuesday that he found out his daughter was missing when the Amber Alert was issued and he hasn't seen her for about a year. He says he doesn't believe his daughter was abducted.

"Someone just walked right up in there, grabbed the 3-year-old out of the bed and she didn't cry, she didn't scream?" Alex Woods said. "Nobody heard anything? Four people in the house, two adults and two kids someone just comes up and snatches the baby and walks out?"

"Please, bring her back ... She's my baby, she's my everything," said Kristy Woods in a press conference. "Just to be able to touch her and hold her and not let her go again. I'd give anything."

She is described as a white female standing about 2' 9" tall and weighing around 30 pounds.

The FBI is assisting state and local law enforcement with the investigation. Marines based at nearby Camp Lejeune are also assisting in the search.
Report a correction or typo
Related topics:
north carolinaamber alertu.s. & world
Copyright © 2021 WTVD-TV. All Rights Reserved.
RELATED 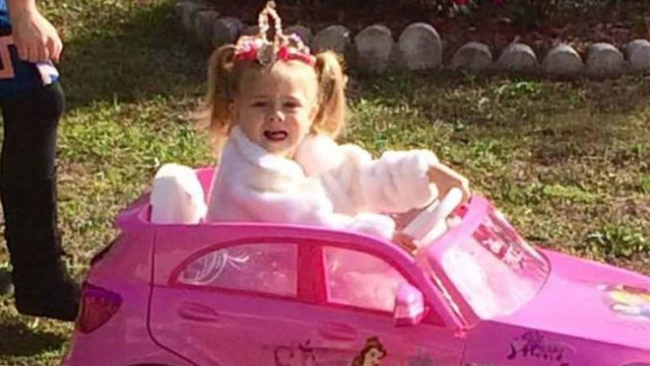