NEW YORK -- The second half of the top 24 took to the American Idol stage on Monday night to compete in front of a small studio audience, the 3 judges, and the voting viewers.

Like Sunday, the contestants performed a solo and a celebrity duet.

Next week, the field will be reduced to 16 as four from Sunday's show and four from Monday's will go home based on the first public vote of the year.

Viewers had 3 ways to vote until early Tuesday morning.

We have to wait until next Sunday to find out who made the cut to the sweet 16.

The Chicago music teacher opened with a smooth-sounding version of The Weeknd's that had the judges on their feet.

Jason partnered with multi-Grammy winner PJ Morton for a version of the Bee Gee's "How Deep Is Your Love" that also brought the judges to their feet.

"I love how you leave it out there every time," Luke Bryan said.

"It does not get better than that," Lionel Richie added.

Madison Watkins is one of Tori Kelly's biggest fans and her inspiration for pursuing her dream. They teamed up for Stevie Wonder's "Don't You Worry About A Thing."

"That was vocal Olympics right there," Katy Perry said.

Madison also put her own spin on "Holy" from Justin Bieber's new album for her solo.

One of the most unique performers this season is 23-year-old Beane and he did not disappoint in this round, putting his special blend of fun into "Don't Start Now" by Dua Lipa.

His duet partner was Josh Groban for an amazing rendition of "Angels."

"I think you have incredible artistic vision," Katy Perry said. "And then you sang your socks off with Josh!"

Mississippi high school student Hannah Everhart has been a standout in the early going, but she struggled to find the range for her solo.

She found her footing and her voice with Jason Aldean to sing a duet of his song "She's Country."

"Once your talent catches up with this little star that you are, it's going to be so fun to watch," Luke Bryan said.

Jewel encouraged her to try something new with their duet of "Foolish Games" and it worked.

"You're young, you're fresh, and you represented your generation," Lionel Richie said. "Watching you with Jewel, you stepped into that moment of your life."

Chayce Beckham's gritty voice echoes where his life has taken him and seemed a perfect fit to sing the iconic Incubus song "Drive" with Rocker Brandon Boyd.

The former boy band member from Massachusetts partnered with former Idol contestant Tori Kelly for a memorable duet of "Hollow."

Hawaii's Liahona Olayan had a rough duet during Hollywood week. She tried to put it far in the rear-view mirror performing with PJ Morton in her celebrity duet. She kicked those doubts to the curb, at least with the judges.

"I liked seeing you lean in a little bit," Katy Perry said. "It looks good on you."

She's the youngest contestant at 15, but this California high school student has a voice far beyond her years.

"You haven't been doing life very long," her duet partner Josh Groban joked, adding "There is such a beauty in her voice."

16-year-old Caleb Kennedy is another young singer with a voice that extends beyond his years. He displayed that again during his solo performance of "Midnight Rider" and then when he teamed up with country legend Jason Aldean to sing "Fly over States." He also took Jason's advice and got rid of his crutch - his guitar - for their performance.

"You have been possessed by an old, seasoned country man," Lionel Richie said. "You have so much promise in your career, I can't wait to see where it goes."

The software engineer from Tennessee had been encouraged to not play it safe by Luke Bryan early in the competition. Jewel pushed Hunter Metts to stretch his range for their performance of her hit, "Who Will Save Your Soul."

"You have such an undeniable voice," Luke Bryan said, but Katy Perry warned "I could see a little fear in your eyes."

15-year-old Casey Bishop does not have any performing experience, but she loves rock and has a killer voice. She was paired with Incubus lead singer Brandon Boyd for a hard-rocking performance of "Wish You Were Here."

"You are one of the special ones in this group," Lionel Richie said, but she also received some profound advice from Katy and Luke.

Find out who makes the Top 16 next Sunday night on American Idol!

You can see every performance on American Idol's YouTube channel and watch the full episodes anytime on Hulu.

Noah Thompson crowned as the next 'American Idol' in season finale 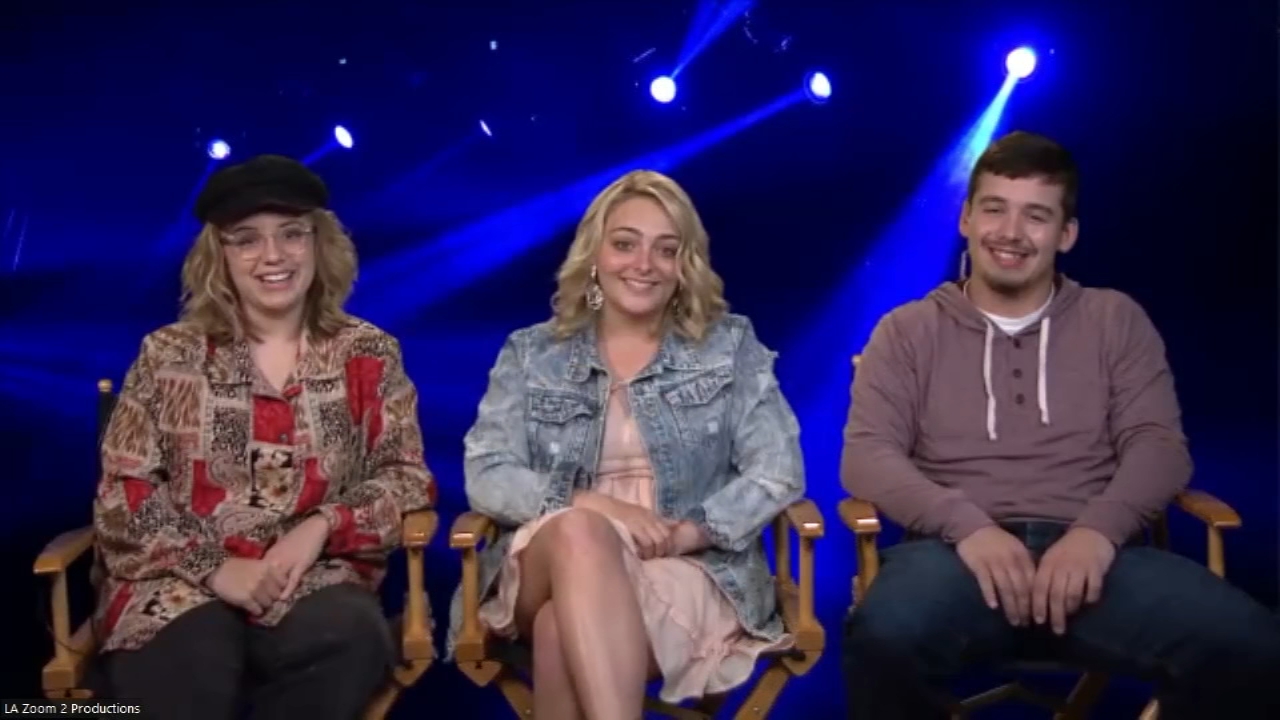 'American Idol' finalists gear up for last performances in finale