It's an issue more and more baby boomers are facing, as their parents age -- a county's public guardian taking over a person's affairs, selling their home against the family's wishes. No matter the circumstances, the county is supposed to follow the rules. The ABC7 News I-Team found one case where they did not.

"My aunt loved that house, loved being home; it gave her memories of her husband," Montye Puma said.

Puma says her aunt -- 92-year-old Lillie Scalia would never want to move out of her house. Scalia suffers from dementia, but she and her husband, Sam, planned to live out their last days there. Sam died in 1995.

"My aunt would tell me that, 'Your uncle said, if anything should happen to him, live in this house, stay in this house,'" Puma said.

That's a promise Scalia has not been able to keep. Puma says Santa Clara County took her aunt from her home and eventually moved her into an assisted living facility.

"It started as a family quarrel and Adult Protective Services came in," Puma said.

Some members of Puma's family didn't like that she and her father were living with Scalia after her husband died. The Santa Clara County Public Guardians Office and Probate Court investigated and determined that Puma and her father, Scalia's brother, were taking advantage of her by living in her home rent-free, using her money and neglecting her medical needs. They are also accused of harassing the public guardian and Scalia's healthcare providers.

Puma and her father deny the accusations but the two still got evicted from the house and Scalia was conserved by the county.

"Our aim is to protect them from any financial or physical abuse that they might have been experiencing," Director of Santa Clara County Aging and Adult Services Lee Pullen said.

Pullen says the public guardian's office is the conservator for about 800 people -- making financial and healthcare decisions for the conservatees like Scalia.

"We want to ensure that they have a comfortable lifestyle to the degree that their able and that we can make the decisions that they are not able to make for themselves," Pullen said.

One questionable decision the public guardian's office made for Scalia was taking out a reverse mortgage on her home in order to pay for her care.

Pullen is right. According to the U.S Department of Housing and Urban Development, a person getting a reverse mortgage must live in the home, and if the borrower is gone for more than 12 consecutive months, the loan becomes due.

Scalia has been out of the house for two years now.

"We certainly wouldn't want to violate any HUD or banking regulations," Pullen said.

It appears the county is in violation. The reverse mortgage was taken out in November 2010. Scalia was moved out of the house in October 2010 and she hasn't been home since.

When the ABC7 News I-Team first visited the in September, faded tags over the doorjambs indicated no one had been inside for a while.

The I-Team has also learned HUD is reviewing the case.

"You're telling me is in your conversations with HUD there's been some violation of procedure or process or regulation that I absolutely want to look into," Pullen said.

"She said I want to go home from Day One," Scalia's court-appointed attorney James Sullivan said.

Sullivan says he objected to the reverse mortgage and doesn't believe Scalia's brother abused her. Even more important, a year ago, a probate judge order states talks to begin to move Scalia back into her home. Sullivan claims he reached out but the county didn't act.

"If a person or an organization chooses to ignore a court order they could be held in contempt and damages could be applied," Santa Clara Superior Court spokesperson Joe Macaluso said.

Macaluso points out someone would have to tell the judge an order isn't being followed before the court would act. No one has told the court the Scalia order has been ignored.

After the I-Team started asking questions, the public guardian's office has decided to move Scalia back into her home. Sources say she should be back by Thanksgiving.

Puma says she's heard it before.

"I'm very skeptical; when I see it that she is here at home, then I will believe it," Puma said.

The I-Team will stay on this story and tell you if the public guardian keeps its word and moves Scalia back home. If HUD finds a problem with the reverse mortgage, the loan may come due and that could lead to her being forced out of her home again -- through no fault of her own. 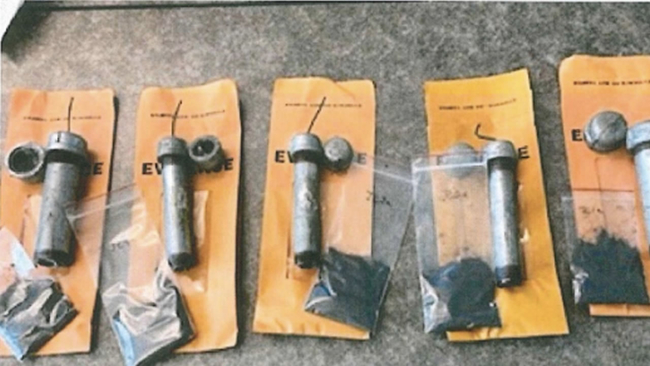