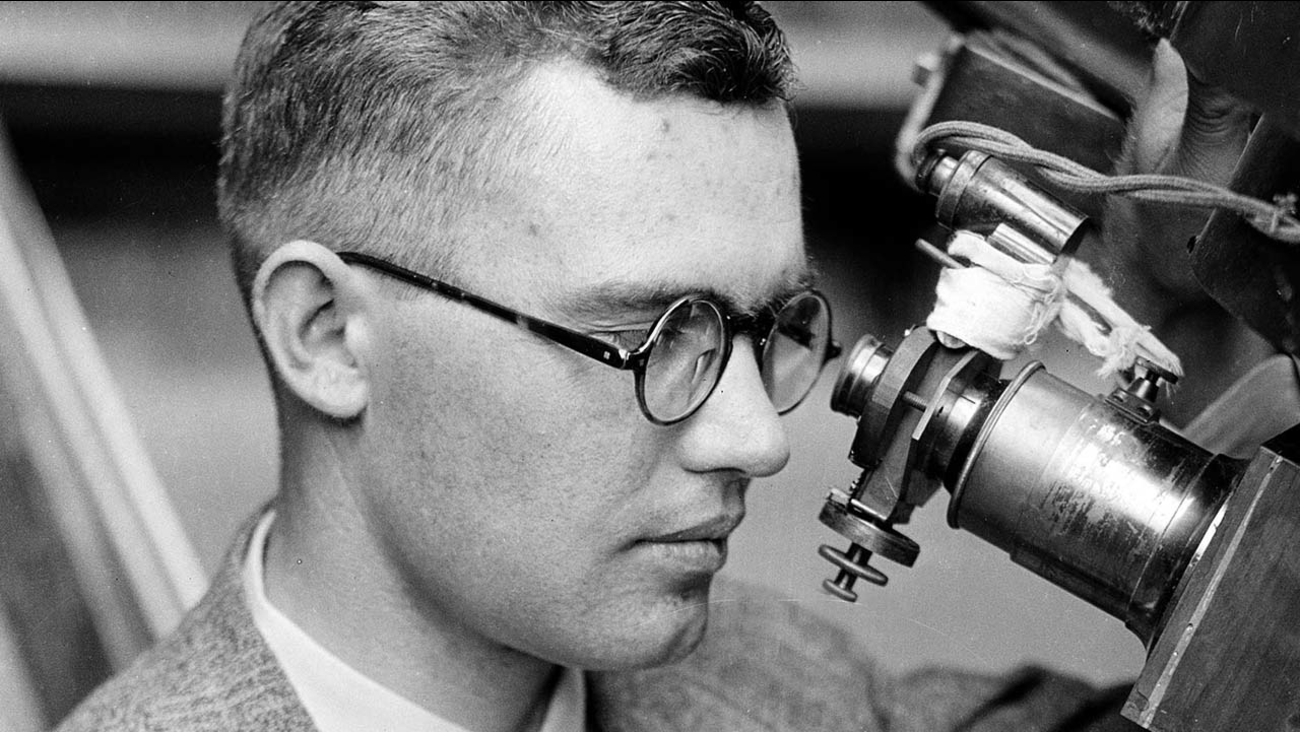 CAPE CANAVERAL, FL -- Come Tuesday, Clyde Tombaugh will pass within 7,800 miles of the icy world he discovered 85 years ago.

His ashes are flying on NASA's New Horizons spacecraft on humanity's first journey to Pluto.

New Horizons also is carrying a 1991 U.S. postage stamp that's about to become obsolete - it trumpets "Pluto Not Yet Explored" - as well as two state quarters, one representing Florida, home of the launch site, and the other Maryland, headquarters for the spacecraft developers and flight control.

In all, nine small mementos are tucked aboard New Horizons.

There's a good reason there are nine.

When New Horizons rocketed away from Cape Canaveral on Jan. 19, 2006, Pluto was the ninth planet in our solar system. It was demoted to dwarf planet a scant seven months later.

Tombaugh's widow and two children offered up an ounce of his ashes for the journey to Pluto. The ashes of the farm boy-turned-astronomer are in a 2-inch aluminum capsule inscribed with these words:

Annette Tombaugh-Sitze and her younger brother Alden, now in their 70s, plan to be at the flight operation base at Johns Hopkins University's Applied Physics Laboratory in Laurel, Maryland, for Tuesday's historic encounter. Their mother died in 2012 at age 99.

"I think my dad would be thrilled with the New Horizons. I mean, who wouldn't be?" Annette says in a NASA interview posted online. "When he looked at Pluto, it was just a speck of light."

As for the 29-cent stowaway stamp, Pluto is depicted as grayish with orange flecks, an artist's rendering based on what NASA knew about the tiny orb prior to 1991, which wasn't much.

"No stamp has ever traveled this far!" Mark Saunders, a spokesman for the U.S. Postal Service, said in an email last week.

Also on the spacecraft are two U.S. flags as well as two CDs.

One contains the photos of team members.