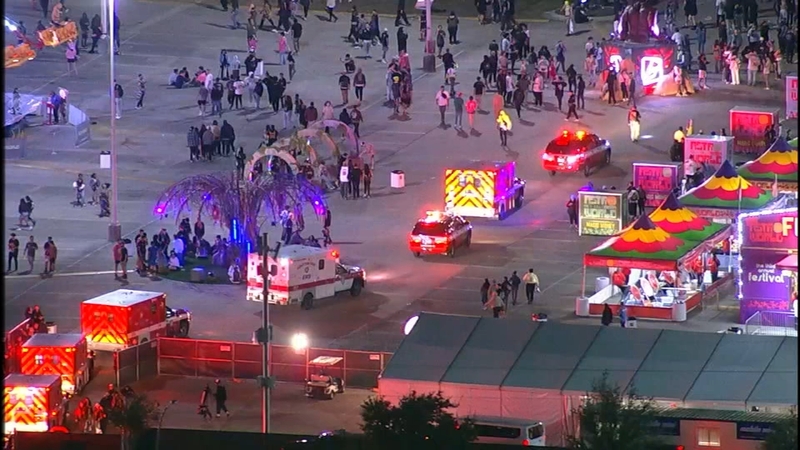 HOUSTON, Texas -- As we continue learning more about the victims injured and killed during the Astroworld Festival, the first lawsuit has been filed.

The lawsuit was filed by Kherkher Garcia, LLP, who is representing Manuel Souza, a Harris County man who said he suffered serious bodily injuries after he was trampled in the midst of the deadly disaster.

In the lawsuit, there are a number of entities sued, including Live Nation, who was responsible for security at the festival and Travis Scott himself.

The lawsuit filed claims that those responsible for the festival were negligent. The victim is now seeking at least $1 million in damages.

Friday's concert began with a stampede of people just hours before the show began. The sold-out, third-annual Astroworld Festival drew a massive crowd outside the perimeter of NRG Park prior to gates opening Friday afternoon, and some fans didn't wait to get in.

Multiple fans were trampled as hundreds rushed the event's perimeter Friday afternoon. Once inside, some people began climbing onto portable toilets as security personnel worked to try and contain the crowd.

Later on in the night, a small group in a crowd of approximately 50,000 concert-goers at the festival were heard shouting, asking the rapper to stop the show.

In video obtained by ABC13, people can be heard screaming, "Stop the show! Stop the show!" when they realized a man was lying unresponsive and face-up on the ground.

Authorities said at least eight people died Friday night and hundreds of others were injured during the festival's opening night at NRG Park.

The day after the tragedy, Travis Scott released a series of short videos on the Instagram social media platform.

"My fans really mean the world to me," Scott said. "And I always just really want to leave them with a positive experience, and any time I can make out, you know, anything that's going on, you know I stop the show, you know, and help them get the help they need."

The 30-year-old appeared somber as he explained that he was working with authorities as they investigated the circumstances that led to the event and said he's attempting to reach victims' families in an effort to help.

Families identify 7 of 8 victims killed in Astroworld Festival: 'We are all devastated'