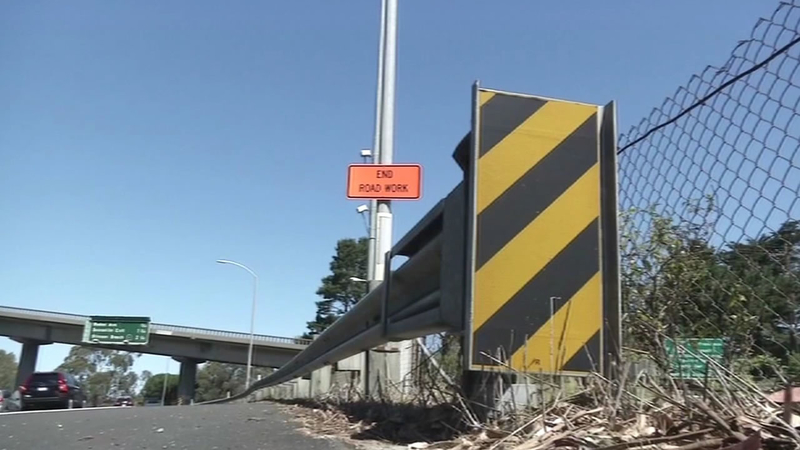 SAN FRANCISCO (KGO) -- A judge has ordered the maker of a controversial guardrail system to pay $663 million in damages and penalties for committing fraud. The I-Team has been covering this safety scandal for two years.

Dan Noyes reached the company headquarters in Dallas Tuesday evening. They declined to be interviewed, but issued a statement saying they will contest the judge's ruling. It is one big step for the man who brought the whistleblower lawsuit. We first introduced you to him two years ago.

A competitor of Trinity Industries filed the lawsuit. Joshua Harman accused the company of shrinking the width of its guardrail end terminals an inch, without telling the federal government. Harman told Noyes in 2013, that change made a dangerous difference.

"The 4-inch locks up," Harman said. "When the head locks up, the head either kicks to the side, flips the vehicle around and ultimately the W-beam, which is extremely rigid enters the compartment, cuts off legs, cuts people in half."

The company argued the end terminals were still safe despite the change.

On March 13, 2015, Trinity Industries spokesman Jeff Eller said, "The ET-Plus now is the most tested guardrail end system on the nation's roadways."

And they passed a series of government tests that wrapped up earlier this year.

Tony Furst, the FHWA's Associate Administrator for Safety, announced on March 13, "We concluded that at the height of 31 inches, the ET-Plus end terminal meets the applicable crash test criteria."

But, the jury ruled Trinity made false statements to the government and this week a Texas district court judge ordered the company to pay $663 million in damages and penalties, with $218 million of it going to Harman as the whistleblower.

Noyes spoke with one of his attorneys Tuesday evening from Dallas. Steven Lawrence said, "I'm humbled and I'm energized. We've been on the path to safer roads for a long time."

Trinity released a statement that reads in part, "The Company believes the evidence clearly shows that no fraud was committed. Trinity also believes that the trial court made significant errors in applying the federal law to Mr. Harman's allegations and, therefore, the judgment is erroneous and should be reversed in its entirety."

As the case slogs its way through the courts, more than 200,000 of the end terminals still exist on the nation's highways. They're being blamed for injuries and deaths, including Bay Area football star Darryl Blackmon who died off Highway 101 in Mill Valley in November 2014.

Lawrence is also the Blackmon family's attorney. He said, "There are victims all over this country that need to be compensated and they also want to see this to make sure this doesn't happen to anyone else."

Harman told Noyes several times all he wanted was the company to issue a recall on these end terminals called the "ET-Plus". If the judge's ruling stands, a recall would have been much cheaper for the company.