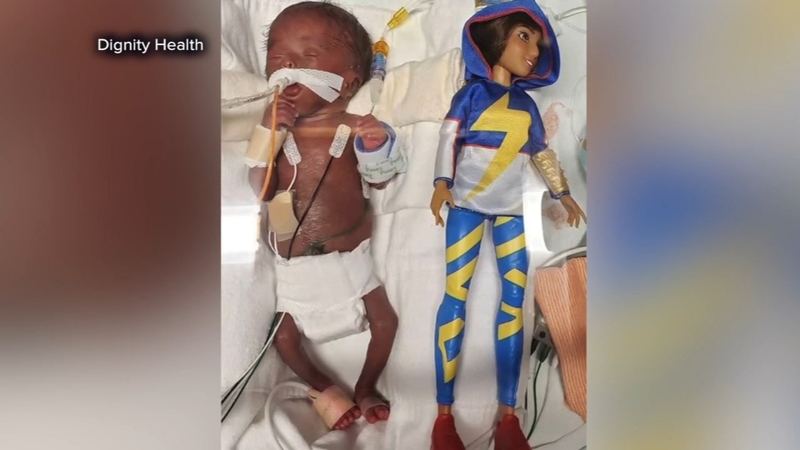 PHOENIX -- A baby weighing less than one pound when she was born, nearly five months ago, was released from a Phoenix hospital on Monday.

Kallie Bender was born 15 weeks premature on May 24, weighing just 13 ounces and was shorter than a Barbie doll, KNVX reported

"The mood in the room changed with the ultrasound," said Kallie's mother, Ebonie Bender. "There was like hardly (any) fluid around Kallie."

Bender then went to the hospital where she gave birth 15 weeks early.

"My husband was at home because he was commuting," Bender said. "I had to call him, and say calmly 'get your butt here because they were taking her.'"

Kallie underwent a surgery to address a heart defect and now weighs seven pounds. She'll have to use an oxygen tank and feeding tube as she learns to breathe and eat on her own.

Bender said her family is grateful to the doctors and nurses who helped their daughter the entire way.

"Even though she's going home with oxygen and a feeding tube, she's still doing an amazing job at fighting," Bender said. "Because that's what she is."