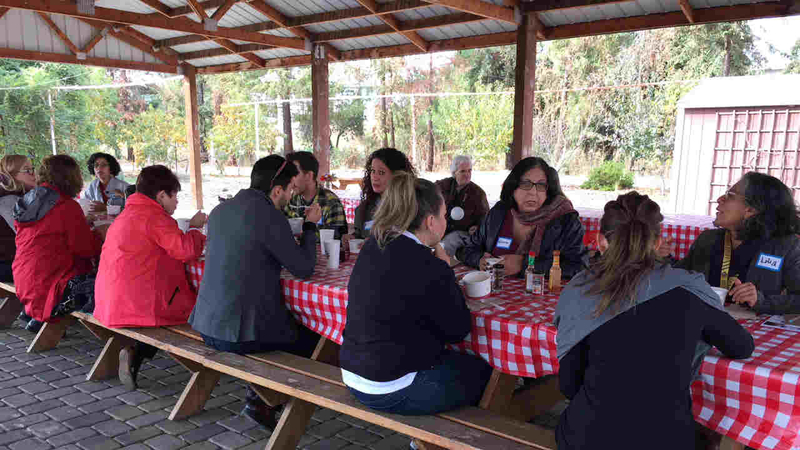 SAN JOSE, Calif. (KGO) -- More than 7,000 people have signed up to brainstorm Wednesday about how to solve the Bay Area's housing crisis.

It's noontime at Veggielution, an educational and community farming organization in east San Jose.

More than two dozen people have gathered under a picnic structure to talk about the issues they see and to exchange ideas.

These are not the naysayers who oppose new housing, but rather, people who live with high rent, the inability to buy a house, or share living space with others because of the cost.

To foster discussion, the large group has been broken into smaller groups. Sally, Jared, Lilia and three others have wasted no time, talking about the issues they see in this working class area of San Jose.

Pamela says she has lived in the area for 40 years, which she says has struggled with affordability issues much longer than other areas. She mentions how common it is to see multiple families sharing a house.

Others point out how the housing crisis has led to a nightmare of too many cars without parking because of multiple families living in a house designed for one family, so the cars are left in the front yards.

These dozens and dozens of brainstorming sessions have been organized by the Silicon Valley Community Foundation with funding from the Knight Foundation.

Emmett Carson, PhD, CEO of the Silicon Valley Community Foundation, says the ideas generated today will be compiled into a report to be released next year. When asked if he thinks whether this will be just another report collecting dust on a shelf, Carson said he expects various civic groups, community leaders and elected officials will see the input as the elements of an action plan to solve the housing issues gripping the Bay Area. His foundation is ready to accept funding proposals from those groups to implement their action plans.