KGO
By by Casey Pratt 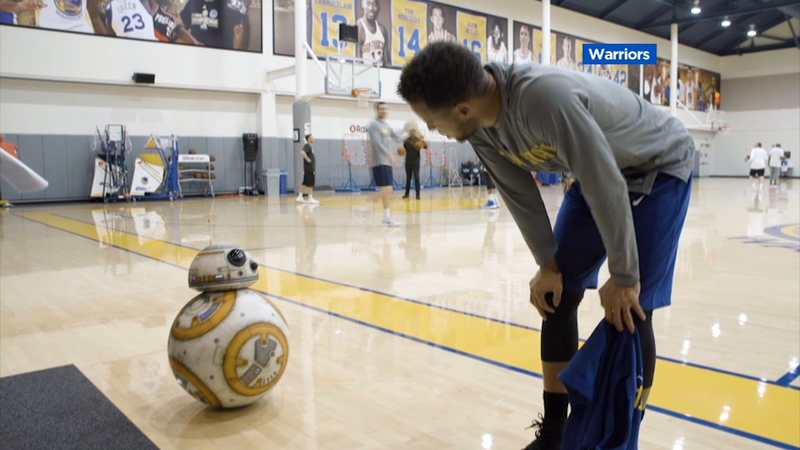 "Star Wars" droid BB-8 immediately turned heads when he rolled into the Rakuten Performance Center on Friday. The defending champion Golden State Warriors are used to being the center of attention, but even the superstar Dubs were drawn to the movie star droid.

Stephen Curry stopped by for a quick meet and greet, JaVale McGee looked like he couldn't believe his eyes, Klay Thompson even took out his phone to document the alien encounter, but Zaza Pachulia immediately forged a bond with BB-8.

When Pachulia asked if he was BB-8's favorite basketball player, the droid let out a gleeful "WEEEEEEEEEE-be-bop."

BB-8 wasn't just there to watch practice, according to Logan Murdock of the Bay Area News Group, he was there to shoot a promo video with the Warriors to hype "Star Wars: The Last Jedi."


Disney is the parent company of Lucasfilm and this station.

A special guest joined us at shootaround today 😁 #TheLastJedi pic.twitter.com/emYjNwpBMl

BB-8 from Star Wars is making an appearance today at Warriors practice. He’s gonna shoot some promo with the team in anticipation of latest installment of the Star Wars series: The Last Jedi. pic.twitter.com/ALkPQd7sOR