KGO
By J.R. Stone
BERKELEY, Calif. (KGO) -- The City of Berkeley has voted to ban the use of tear gas during protests. Before that decision was made Tuesday night the Berkeley Chief of Police was in discussion about it with council members. Some of what he said is being criticized.

"Firearms, we can shoot people." Berkeley Police Chief Andrew Greenwood said that and was referring to other options that could be used instead of tear gas. Councilmember Susan Wengraf asked the chief about staying safe in a protest situation without tear gas. "Chief does our

department have any other tools to protect themselves in a situation like you just described?" she said.

The chief responded, "Firearms, we can shoot people. No I don't mean to be callus but if you don't have less lethal force that can drive it back then we are absent a tool."

Those words have sparked quite a bit of reaction in the community.

Berkeley NAACP chapter president Manseur In-Denn said, "being in Berkeley all of his life should have taught him that's not the right answer for question like that.

Berkeley District 4 Councilwoman Kate Harrison said, "I was saddened because I really think it elicits this fear that some people have about the police."

The city council has voted to prohibit the use of tear gas in Berkeley something that council member Kate Harrison said she was and is in support of. The police chief came back later in the meeting with an emotional apology for what he had said. "I was asked what other tools I have....(pause) I'm tired as are all my people I should be more mindful of that I should have said we have nothing else in that gas and smoke are the last tools we have." Council members tell me that they have been very happy with the Chief's work over the years. In the past 12 years they have not had any officer-involved shootings.
Report a correction or typo
Related topics:
berkeleyuse of forcepolice brutality
Copyright © 2021 KGO-TV. All Rights Reserved.
RELATED
Man who trains SJ police about bias severely hurt by riot gun during protest
Exclusive: Man who helped injured officer in SJ protest later shot with rubber bullet 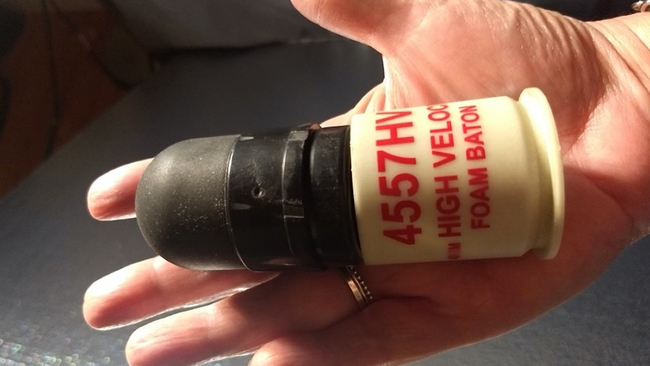