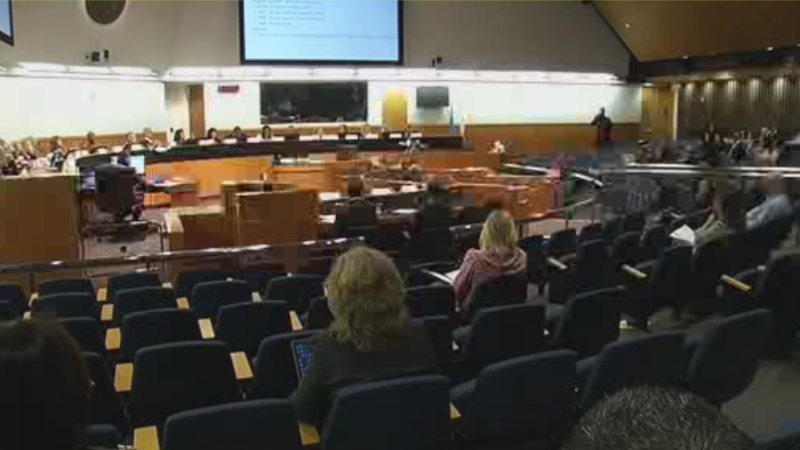 SANTA CLARA COUNTY, Calif. (KGO) -- A Blue Ribbon Commission in Santa Clara County, investigating a jail inmate's murder, says it may have to quit before ever finding the truth. That came to light after the county secretly hired a team of private consultants to do the same job.

"I have concerns about how this commission can proceed!" said LaDoris Cordell.

That's how Cordell, a former judge, opened the first meeting of the Blue Ribbon Commission.

Three Santa Clara county deputies were charged with his murder, but Cordell says she was shocked to learn the county hired private consultant to do the same job in secret.

"What is this paid consultant doing?" asked Cordell.

Results by Sabot Consultant Group will be kept confidential, even from the Blue Ribbon panel, which appears to be doing the very same job.

Cordell believes the consultants were hired to protect the county from future law suits.

"The commissions goal, is to expose everything, liability be damned!" said Cordell, during the meeting.

Volunteer commissioners got a letter on Friday from Supervisor Dave Cortese. In it, he wished them luck and notified them about the paid consultant, and adding the findings would only compliment the blue ribbon commission's work.

Cordell says if the commission's finding's aren't taken seriously, then what is the point?

"What I want is to look at the jails top to bottom, and be open," said Cordell. "That's what Mr. Tyree deserves."

Supervisor Cindy Chavez says the board wants a complete investigation. "Our objective is to get as many eyes into the jail as possible. What concerns me is the idea that something secret is going on when it's not," she said.

The commission meets again in two weeks. Cordell says she wants more information about the consultants and their goal, or she will step down.