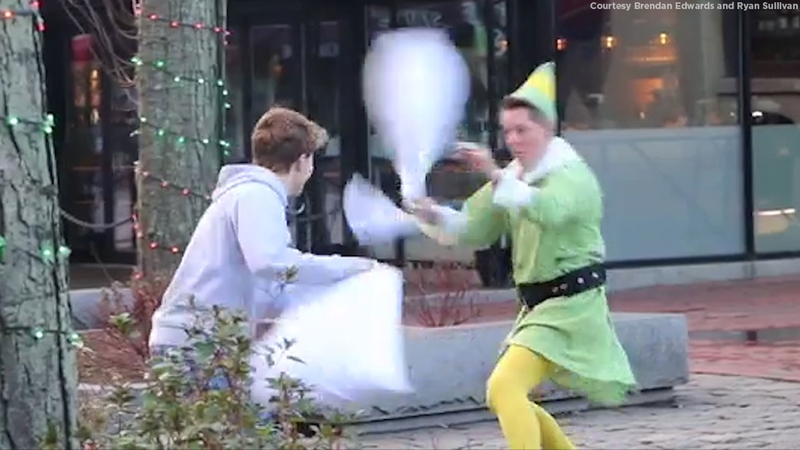 BOSTON -- What could brighten up holiday shopping more than an impromptu pillow fight with Buddy the Elf?

That's exactly what Boston shoppers were treated to when firefighter Brendan Sullivan dressed up as the affable elf from the beloved 2003 Christmas classic "Elf."

Video uploaded to Facebook showed Sullivan dressed in a full elf costume in Faneuil Hall Marketplace, a popular shopping district in Boston. He approached strangers of all age, tossing them a pillow and challenging them to a lighthearted duel.

Sullivan, who produces comedy videos in his spare time, told local television WHDH that he and partner Ryan Sullivan planned the festive stunt to spread holiday cheer during a time of the year that can get stressful for some.