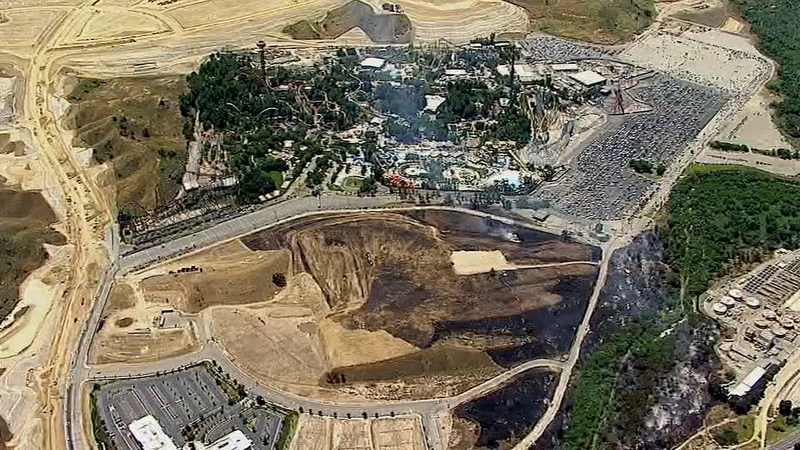 The fire broke out near The Old Road and Skyview Lane at about noon.

Officials said it was a 2-alarm fire and had grown to 30 acres, but it was not immediately known if there was any damage. Large plumes of smoke were seen billowing in the area.

Los Angeles County firefighters were responding to the fire.

The offramp on the southbound 5 Freeway at Magic Mountain Park was ordered closed for 90 minutes as firefighters battled the fire.

Six Flags Magic Mountain and Hurricane Harbor are currently being evacuated due to the Sky Incident brush fire. The safety and well being of our guests and team members is our top priority.