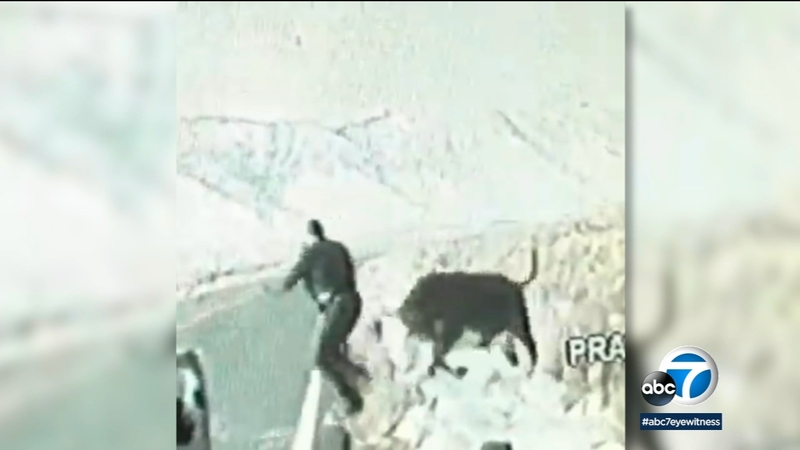 SUSANVILLE, Calif. -- It's a move any bullfighter would envy, pulled off by a CHP officer in rural Susanville in Northern California.

The officer barely evaded an angry bull while on patrol. The entire encounter was captured by his patrol car's dashcam. After dodging the bull, the officer is seen letting out a sigh of relief as he returns to his vehicle.

Officers in the CHP's Susanville station often respond to calls about large farm animals that escape their enclosures and wander onto the highway.

"Holy Cow!!" the CHP wrote on Facebook. "Our Officer Pratt caught on camera one of the many dangers we face on a daily basis here in rural northeastern California. Susanville CHP regularly handles calls of large animals that are outside of fenced areas and are threatening our motoring public by walking into the highway."