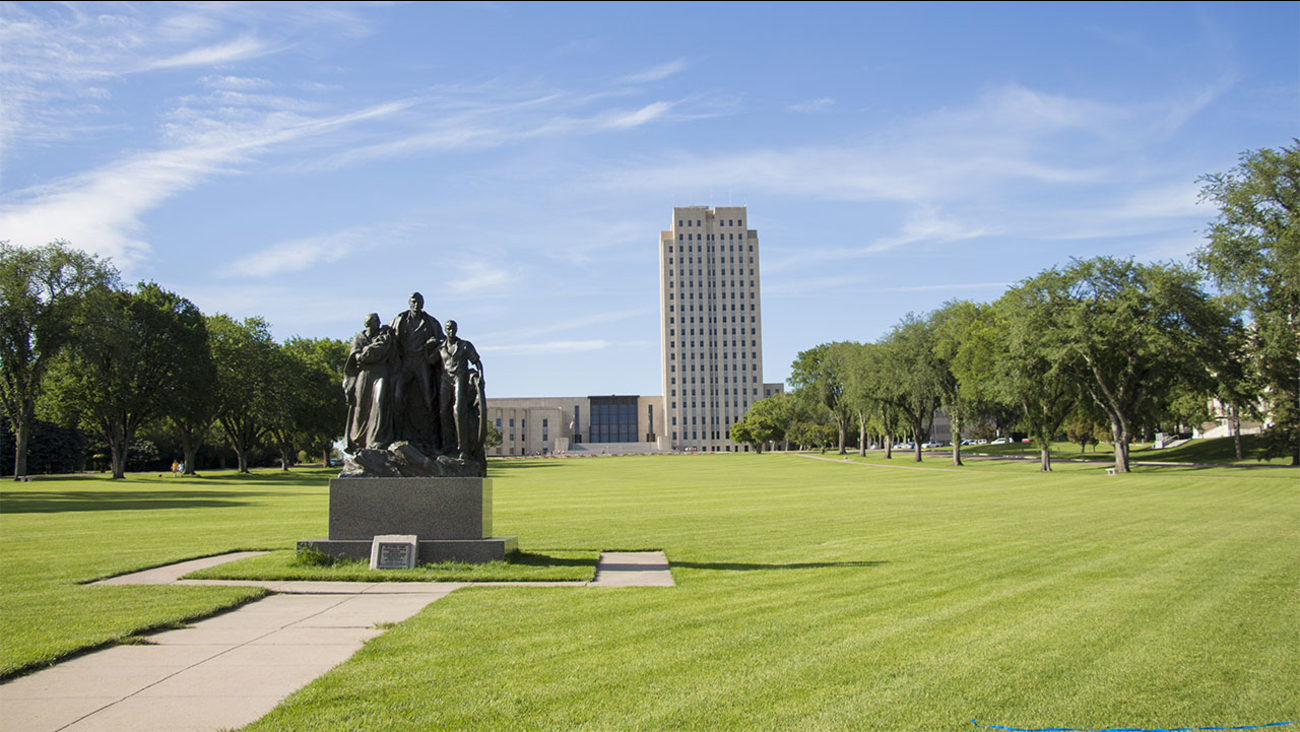 BISMARCK, N.D. -- Reuben Panchol was forced to leave war-torn Sudan decades ago as a child, embarking on an odyssey that eventually brought him to the American Midwest and left him eternally grateful to the country that took him in.

"I am an American citizen, a North Dakotan," said Panchol, a 38-year-old father of four. "And without North Dakota, I couldn't have made it."

Panchol hopes to share his story on Monday with members of a local commission who are set to vote on whether their county will stop accepting refugees. If they vote to bar refugees, as expected, Burleigh County - home to about 95,000 people and the capital city of Bismarck - could become the first local government to do so since President Donald Trump issued an executive order making it possible.

The county postponed a vote last week when more than 100 people showed up and overflowed the commission's normal meeting space. Monday night's meeting will be held in a middle school cafeteria to accommodate public interest that Chairman Brian Bitner said is the most intense he's seen in more than a decade on the commission.

Though he declined to predict which way the commission would go, Bitner said he would vote against accepting additional refugees.

"The overwhelming public opinion is so clear to me, that I think if you vote for it, you're not going to be reelected if you choose to run again," he said.

Trump's executive order this fall came as he had already proposed cutting the number of refugees next year to the lowest level since Congress passed the Refugee Act of 1980. He declared that refugees should be resettled only in places where the state and local governments - counties - gave consent. Since then, many governors and counties around the country have declared that they would continue taking refugees.

Republican Gov. Doug Burgum said last month that North Dakota would continue accepting refugees where local jurisdictions agreed, and his spokesman said the governor saw it as a local decision. Soon after, Cass and Grand Forks counties, which are home to the state's largest city, Fargo, and third-largest city, Grand Forks, respectively, declared they would continue taking refugees. Fargo Mayor Tim Mahoney said refugees were needed to boost the city's economy, and that 90% were fully employed within three months of resettling in his city.

But the idea was quickly opposed in more conservative Burleigh County. Among the opponents was Republican state Rep. Rick Becker, of Bismarck, an ultraconservative who took to social media to criticize the program as unrestrained and a possible drain on social service programs, schools and law enforcement, though the county said it doesn't track any costs directly related to refugees.

"This isn't about skin color," said Becker, a plastic surgeon and former gubernatorial candidate. "In the past, nobody had any say whatsoever. Now we have something that should have been in place decades ago.

"Now, if they want to accept them, they can, and if they don't want to they shouldn't," he said.

Bismarck Mayor Steve Bakken said the city government has no say in the matter, but he sides with those who want to stop taking in more refugees.

"Right now it's a blank check and that equates into a lot of questions," Bakken said of the number of refugees that could be placed in the area. "We have burgeoning school enrollment, veterans' needs, homeless needs, and Native American needs.

"This isn't about heartstrings, this is about purse strings," he said.

Shirley Dykshoorn, a vice president for Lutheran Social Services, which handles all of North Dakota's refugee resettlement cases, said her agency used to handle about 400 cases per year, but that number dropped to 124 in fiscal 2019, which ended in September. The program has been in existence in North Dakota since 1948.

LSS settled 24 refugees in Bismarck in fiscal 2019, after settling 22 in fiscal 2018. Dykshoorn said Burleigh County had been projected to get no more than 25 refugees annually in the coming years.

"We always look at the capacity of a community to handle these," she said.

"I'm trying to understand the basis for believing how 25 people will dramatically change the fabric of a community," she said. "What does it say to the rest of the country when a county where your capital city is located would choose not to participate?"

For decades, North Dakota considered any population gain a good thing. Its population declined by more than 21,000 between 2000 and 2007 until an oil boom sparked a rush of workers into the state. Many jobs remain unfilled even though the state has added nearly 100,000 residents in the past decade. Though many new arrivals work in the oil patch, many are also attracted to Fargo, which has a burgeoning tech industry, and Grand Forks, which is an aviation hub.

Burgum, who has said he'll seek a second term, acknowledged that Burleigh County's vote could be seen as unwelcoming in a state that has about 30,000 more jobs than takers.

"It sends a very negative signal" if Burleigh County refuses refugees, he said.

The Lutheran Immigration and Refugee Service, which works with Lutheran Social Services, is one of three national organizations that is suing to block Trump's executive order. The group's president and chief executive, Krish O'Mara Vignarajah, said her organization has closely tracked the response and is aware of no other local government that has voted to reject refugees.

Panchol, the father of four, moved to North Dakota in 2001 as one of the "Lost Boys," Sudanese orphans who fled thousands of miles on foot during the civil war that ravaged his country. His path wound through Ethiopia and Kenya before he ended up in Fargo and later in Lincoln, a small community outside of Bismarck.

"I ran from bullets every day," he said. "We moved from country to country not to disturb anyone's life but to stay alive."

Since moving to the state, he has earned degrees from North Dakota State University in Fargo and the University of Mary in Bismarck. He works now at the state Department of Environmental Quality, heading its underground storage tank program, and has become enough of an Upper Midwesterner that he occasionally drops a "You betcha" into the conversation.

Panchol said he understands the reservations that people may have about new arrivals, but he believes any fear is more politically driven than reality.