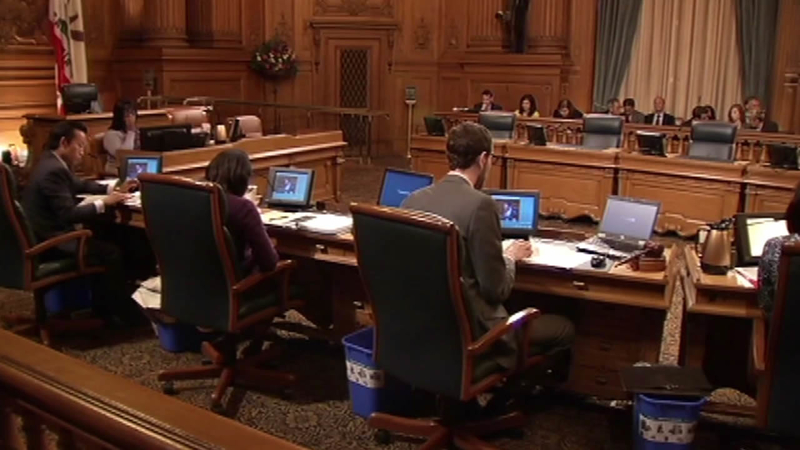 SAN FRANCISCO (KGO) -- The so-called Airbnb law dealing with home vacation rentals went through another hearing Monday at San Francisco City Hall. The city is trying to regulate the now banned practice of people renting out homes and rooms.

A hearing earlier this month lasted for seven hours. The one Monday was also long-winded. One supervisor called the Airbnb proposal the most challenging piece of legislation he's ever seen.

Karen and Rudlofo Cancino have tourists in town from Australia who are renting the cozy room behind their house. That's technically illegal in San Francisco.

Chiu is trying to tame what he calls the wild, wild, west, and to regulate and limit short-term rentals, like those offered on Airbnb. He wants to strike a balance between what he calls bad activity and people just trying to make some extra income.

"On the one hand wave had landlords who have Ellis acted, evicted entire buildings to turn them into year-round hotels," Chiu said. "On the other hand, we've heard from thousands of San Franciscans who are struggling to pay the rent, to make the mortgage."

The Cancino's use the money to help their son pay down his law school debt, and say the arrangement also benefits the tourists.

"They get to see the real city," Rudlofo said. "Not just the buildings, not just the tourist things."

They favor the proposed law which would require that any unit rented must be the host's primary residence, that they must occupy it at least nine months out of the year, and that they have to obtain liability insurance and register with the city planning department.

A hearing Monday symbolized why Chiu's measure has been debated and tweaked and debated again.

"This is basically rezoning all property in San Francisco to bed and breakfasts without any homeowner notification or zoning change protocol," said one resident.

Another resident said, "This is very detrimental. We could turn our city into the first city sized theme park in the country."

"It's been a life saver especially this year with medical expenses," one resident added.

Short term rental supporters were out in full force. There are said to be at least 5,000 of them operating in San Francisco.