KGO
ALAMEDA, Calif. (KGO) -- North Face is leaving the Bay Area and moving its headquarters to Denver after the state offered the company $27 million of tax incentives.

The company will create 650 jobs in Denver.

North Face was founded in San Francisco in 1966 as a climbing equipment store and eventually moved to Alameda where the company started selling sports and active wear.

The mayor of Alameda was caught by surprise. "I didn't hear about it from city staff. I heard about it from an employee of theirs," she said.

The move is expected to be complete by the year 2020.

"They give their desired management the first option to relocate and then they'll look at what they want with the rest of the employees," said Darien Louie with the East Bay Economic Development Alliance.

Some Alameda residents were not surprised. Stan Voogd was raised here. "Well, they can get cheaper labor somewhere else. No question about it," he said

Lisa Schmeiser writes for an IT publication. She also is from Alameda. "From a business perspective it makes sense," she said.

The mayor says there was no way Alameda could compete. "We're a city of about 80,000. We're not Denver."

The North Face is just the latest Bay Area business looking for greener pastures. Jamba Juice moved its headquarters from Emeryville to Texas.

Tech giants Apple, Google and other technology companies have built new operations in other states.

Oracle's new campus in Austin, Texas will be as large as 10 football fields.
Facebook will have a $1 billion data center in Fortworth

But Louie says the North Face Campus most likely will not remain empty. "Already, the biotech industry is coming over to the East Bay. They're running out of room in San Francisco and South San Francisco," he said.

A source famliar with the details of the move tells ABC7news, there will be no layoffs at headquarters and that everyone here will be offered a chance to relocate to Denver. Nor are there any plans to close stores in the Bay Area.
Report a correction or typo
Related topics:
businesssan franciscoalamedaclothingu.s. & worldretailshoppingjobssports equipment
Copyright © 2020 KGO-TV. All Rights Reserved.
RELATED 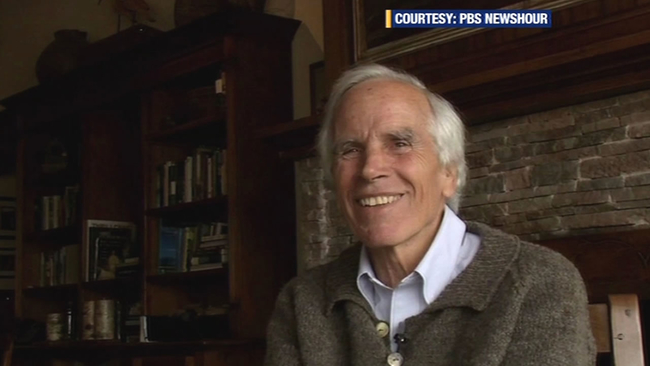