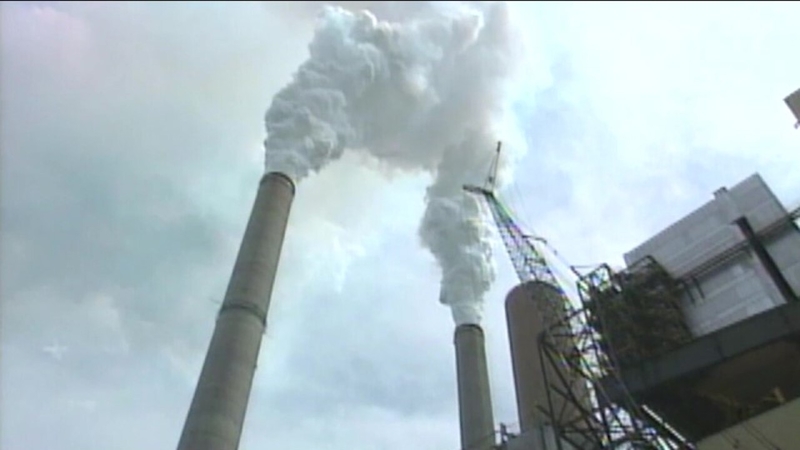 MERCED, Calif. (KGO) -- When President Biden announced the goal of reducing methane emissions roughly 30% over the next decade, it focused attention on a greenhouse gas that might not be as familiar to most people as the CO2 we associate with car exhaust. In fact major methane contributors often have hooves instead of wheels, cows.

She and her colleagues have been experimenting with a super-heated substance made from agricultural surplus called Biochar. The goal is to mix it with the tons of manure that's composted into fertilizer across the Central Valley -- in essence, changing the chemistry of how it degrades.

RELATED: Ways you can help fight climate change at home

"But alongside doing that, along that chain, it also significantly reduces the methane that's emitted from these piles as well," she explains.

Meanwhile other environmental groups are also zeroing in both on commercial composting along with the massive garbage landfills that dot the state. While some like the Altamont Landfill in the East Bay have programs to capture escaping methane, other industrial sites don't.

An aerial survey by the NASA-Jet Propulsion lab in Pasadena captured images of escaping methane plumes while documenting the location of so-called super emitters.

"Large composting facilities are actually one of the largest emitters of methane in California, we need to get that addressed by covering them and collecting that gas instead of letting it go into the atmosphere," says David Lewis of the environmental group Save the Bay.

Besides cracking down on super emitters, Lewis says another solution is improving natural pollution catchers, like the salty tidal marshes that surround San Francisco Bay, which can allow plants to degrade without emitting methane.

"The salinity in the water really helps keep the methane in the plants. And so those wetlands really sequester carbon, without emitting methane," Lewis adds.

Experts say oil production and other industries are also responsible for significant methane pollution. But back at UC Merced, Rebecca Ryals is optimistic that a broad range strategies to reduce or re-capture methane could cut the levels from multiple industries.

"That's because there's not one single solution, even when we're thinking about reducing methane emissions from the agricultural sector, or from the oil and gas sector, there's a wide range of solutions that can be implemented," Ryals believes.

Solutions that will need to be put in place, to meet the aggressive goal, of reducing destructive greenhouse gasses.

Methane is one of the most potent greenhouse gases. It's believed to be responsible for a third of current global warming from human activity. The good news tonight is that dozens of countries, including the EU, are joining in the voluntary partnership.