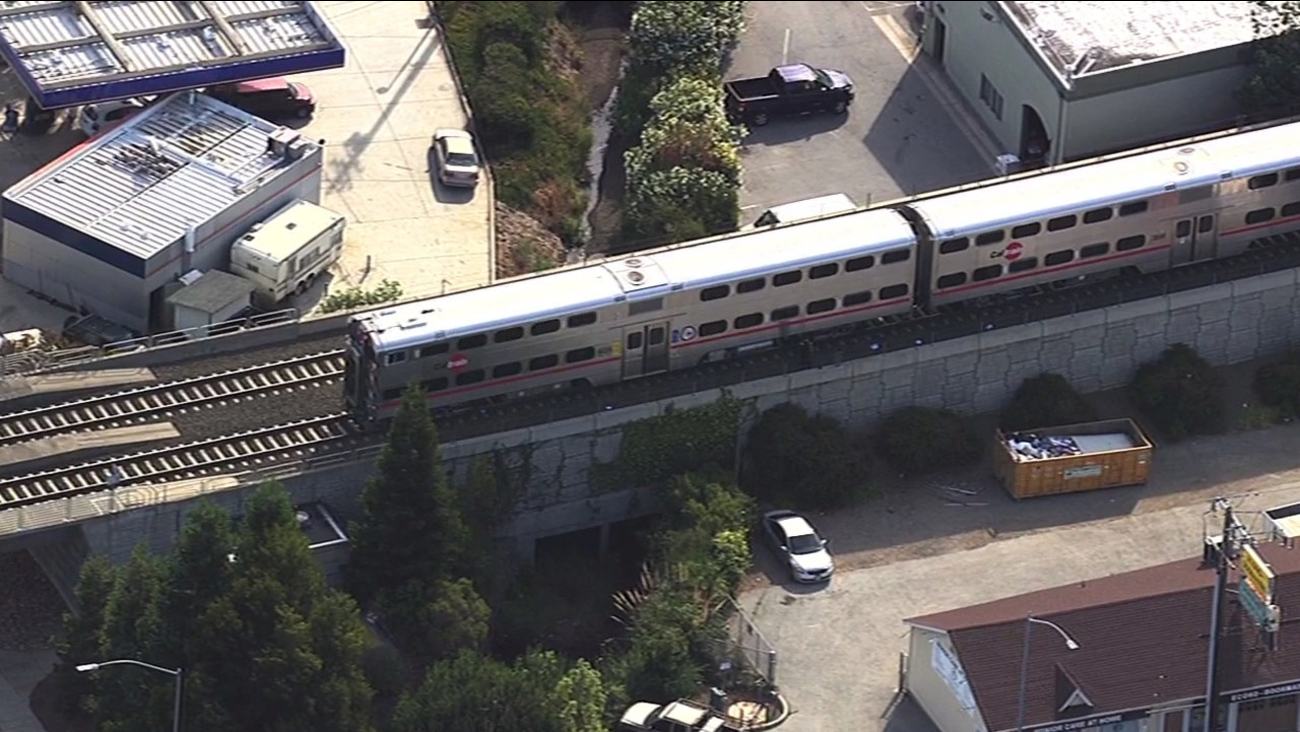 BELMONT, Calif. -- A Caltrain struck and killed a woman in Belmont this morning, according to a transit agency spokeswoman.

The woman was struck at about 8:25 a.m. by southbound train No. 220 near the Belmont station, Caltrain spokeswoman Jayme Ackemann said.

The woman, who had apparently trespassed onto the tracks, was pronounced dead at the scene, Ackemann said.

Trains were briefly stopped in both directions near the scene of the fatality. The northbound tracks have since reopened and trains are single-tracking through the area, according to Ackemann.

She said trains are being delayed by as much as an hour and regular service is not expected to resume until after the morning commute.
Related topics:
trafficbelmontcaltraincommuting
Copyright 2022 by Bay City News, Inc. Republication, re-transmission or reuse without the express written consent of Bay City News, Inc. Is prohibited.
TOP STORIES
After the omicron wave, what's next for the COVID pandemic?
Families reflect on the 2 years since 1st COVID case in US
US draws down Ukraine embassy presence as war fears mount
Climate expert says CA may see more unusual winter wildfires
Colorado Fire in Monterey Co. 1,050 acres, now 25% contained
The SF Standard: 'The Curtis Family C-Notes'
Family demands justice after 23-year-old woman found dead after date
Show More
Tax filing season starts Monday. What to expect for 2022
5 tax changes that can boost your refund this year
Sen. Kyrsten Sinema formally censured by Arizona Democratic Party
49ers advance to NFC Championship with 13-10 win over Packers
SF 49ers fans embrace deep playoff run
More TOP STORIES News