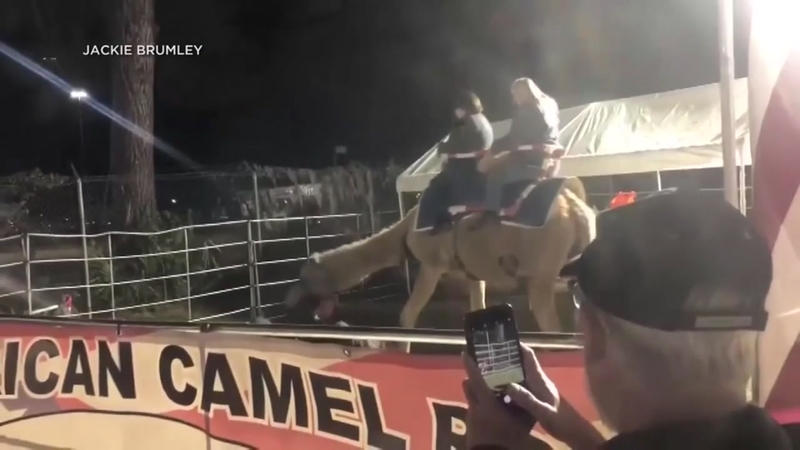 LADSON, S.C. -- A ride at the Coastal Carolina Fair, in Ladson, South Carolina, has been shut down after officials said a 10-year-old camel lunged at its handler Thursday night while two people were riding it.

A video once circulating on social media showed the camel bumping into and lunging at a handler, who fell on the ground.

Jackie Brumley, one of the people riding the camel, said the incident was scary.

"No one had a hold of the camel's lead," she told WCIV. "I was most worried about the handler. He looked terrified when the camel was attacking him."

Charles Deam, III, owner of All-American Camel Rides, said this is the first time it has happened in his 20 years of owning the business.

"No one was harmed, the handler was not harmed, and we decided we would remove the camels from the fair," Deam said. "It was a cold night and the camel bumped into the handler and the handler tripped. The customers were safe."

Deam had the camel since it was baby. He said the mammal has been working the fair for eight years.