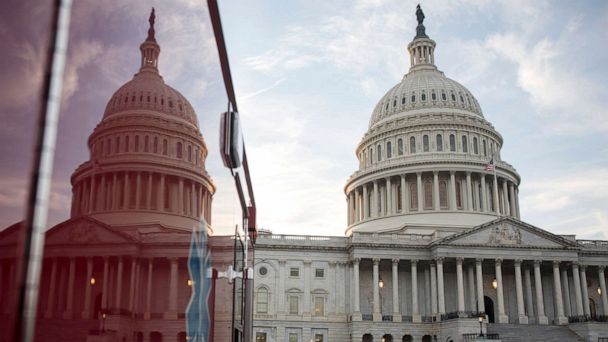 The U.S. Capitol's overnight custodial staff allege they were sexually harassed, exposed to pornography in lawmakers' offices and overheard conversations in which others were being harassed, according to a watchdog investigation into 10 years of sexual harassment reports in the Architect of the Capitol, the office responsible for maintenance and operations on Capitol Hill.

In a report submitted to Congress by the Office of the Inspector General, Architect of the Capitol staff said they often do not speak up about inappropriate behavior for fear of retaliation. One staffer reported no one had an answer for them when they asked during sexual harassment prevention training, "what happens if the harasser is a member of Congress?"

The report doesn't specify how many complaints about lawmakers were filed.

Congress asked the inspector general in October to look into years-worth of sexual harassment reports within the Architect of the Capitol, and whether that office was handling the cases properly.

The inspector general found there were 57 reports of sexual harassment over a decade. The report notes this number of reports is low for a workforce the size of the Architect of the Capitol , although it also acknowledges fear of retaliation could lead employees to choose not to report their experiences.

The report also found there is a "widespread perception that sexual harassment is a pervasive problem" within the Architect of the Capitol and the investigators attribute that perception to "lingering cultural bias."

The report highlighted the Architect of the Capitol for appearing "to be energetic in its efforts to improve the agency culture and create an environment of civility" and that "the results of our inquiry were primarily positive, with the majority of identified gaps already receiving the attention" of department officials.

Employees said they don't trust the process to report harassment, and the avenues to report are overly complicated.

One staffer said "The whole system is [designed] to protect the Architect of the Capitol, EEO, Office of Compliance or any other assistance under this Agency."
Report a correction or typo
Related topics:
abc newsnational
Copyright © 2020 ABC News Internet Ventures.
More Videos
From CNN Newsource affiliates
TOP STORIES
Triple-digit heat wave heading to Bay Area