ONLY ON ABC7News.com: Car battery thefts from hybrid cars on the rise in San Francisco 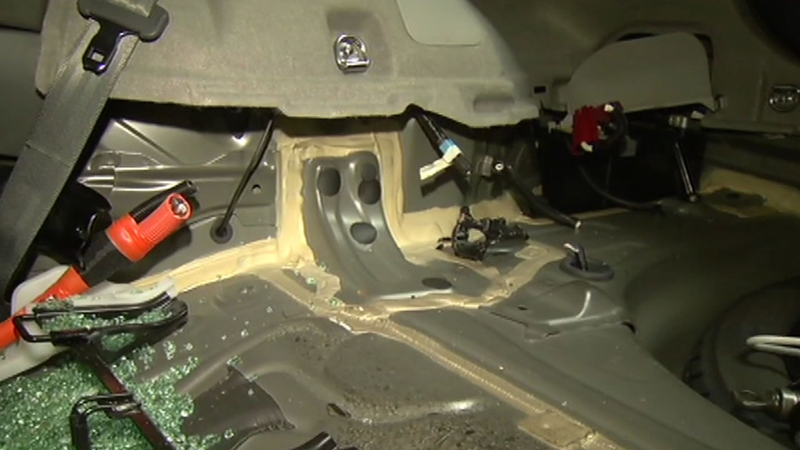 There's been a rash of thefts in San Francisco, probably by professionals who know how to remove them without getting. electrocuted.

John Nashed's Toyota Prius was broken into when he went to his parked car.

"The passenger rear window was broken into and I look inside and everything is just a mess," Nashed said. "It looked like a tornado went through."

A burglar made his way into the back of his car and stole the 150-pound battery that powers his engine. The car was towed to a garage for repairs. That's when he learned there's been a rash of Prius battery thefts in the city.

"There there was an Allstate insurance adjuster there and he's like, wait a minute, I actually have three cases that I'm working on. same exact problem," Nashed said.

Mechanic Peter Zhang showed how removing the battery could be quick if a person knows what to do. He believes the thieves are professionals.

Thieves first cut the cables, or harnesses attached to the battery. It's hazardous work, because the battery's 200 volts could cause serious injuries. The thieves who removed Nashed's car battery knew exactly what to do.

"It's a high voltage wire and it's really dangerous if you know if you don't know what you're doing," said Dot Choi of Pro Speed Auto Body Garage.

It will take about two to three weeks to restore Dashed's car. The estimate is about $10,000.

A lot of money for something that could take maybe 20 minutes.

A Toyota dealership in San Francisco said they know about the problem. They've replaced, in their words, "quite a few" stolen batteries. A Toyota executive said they're looking at ways to protect the batteries.