Bay Area leaders chosen to advise governor on police reform; here's what they have in mind 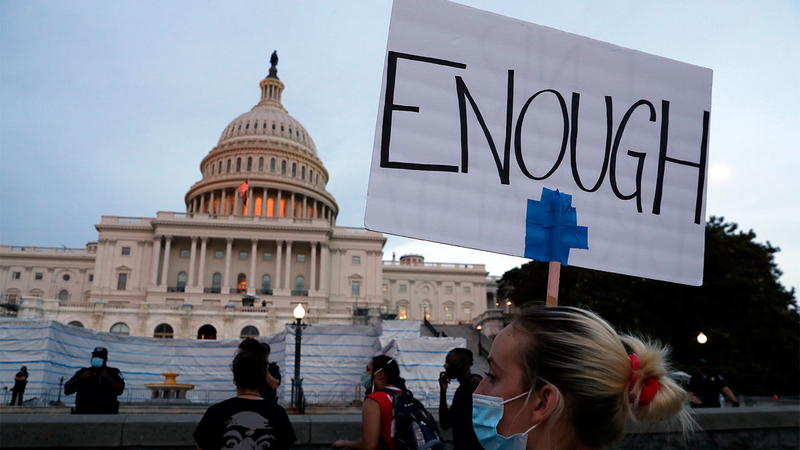 Bay Area leaders chosen to advise governor on police reform; here's what they have in mind

SAN FRANCISCO (KGO) -- On Friday, Gov. Gavin Newsom announced his support for new policing and criminal justice reforms as well as stopping the teaching of the strangle hold, something that has been up to police agencies in the past.

"Coratid hold that is literally design to stop people's blood from flowing into their brain. That has no place any longer in 21st century," said Newsom.
Their job is to listen to community members and bring police reform ideas to the governor's desk.

"A lot of chiefs take a knee and that is great but now take a stance and take a stance for systemic reform and changes," Davis said.

"I'm going to be talking to about 50 groups in the next couple of days that I have worked with consistently over the 25 years of me working in this work," said Simon, president of the Akonadi Foundation.

Simon said one of the ideas brought up by the community is that mental health workers be the ones to respond in certain situations rather than police officers.

"Mental health workers should potentially be the ones to go and not police officers when there's a mental health disturbance," she said.

On Saturday at 10 a.m., Simon and Davis will be presenting a list of ideas to the governor's staff.

"I will be bringing their thoughts and their demands to that table and their ideas to put nurses in schools instead of police officers. There are activist and organizers on the ground who are calling not just for better training and better hiring practices but a new way of thinking about folks in mental crisis," said Simon.

Gov. Newsom also called on the legislature to set standards for crowd control and police use of force during protests.

Simon encourages anyone with police reform ideas to tweet: @lateefahsimon