KGO
By Cornell W. Barnard
CASTRO VALLEY, Calif. (KGO) -- Police are searching for a suspected hit and run driver who took the life of a 12-year old girl.

It happened Monday afternoon in Castro Valley at the intersection of Crow Canyon Road and Manter Road.

"It's terrible, you should have the right for your kids to walk," said neighbor Anne Ponougti.

Neighbors reacting to the tragic news that a girl was struck and killed in a crosswalk on Crow Canyon Road.

"We determined, it was a 12-year -old girl walking with her sister, struck by a black Ford F-150 pick up truck, the truck fled the scene," said CHP Officer Gabe Walters. 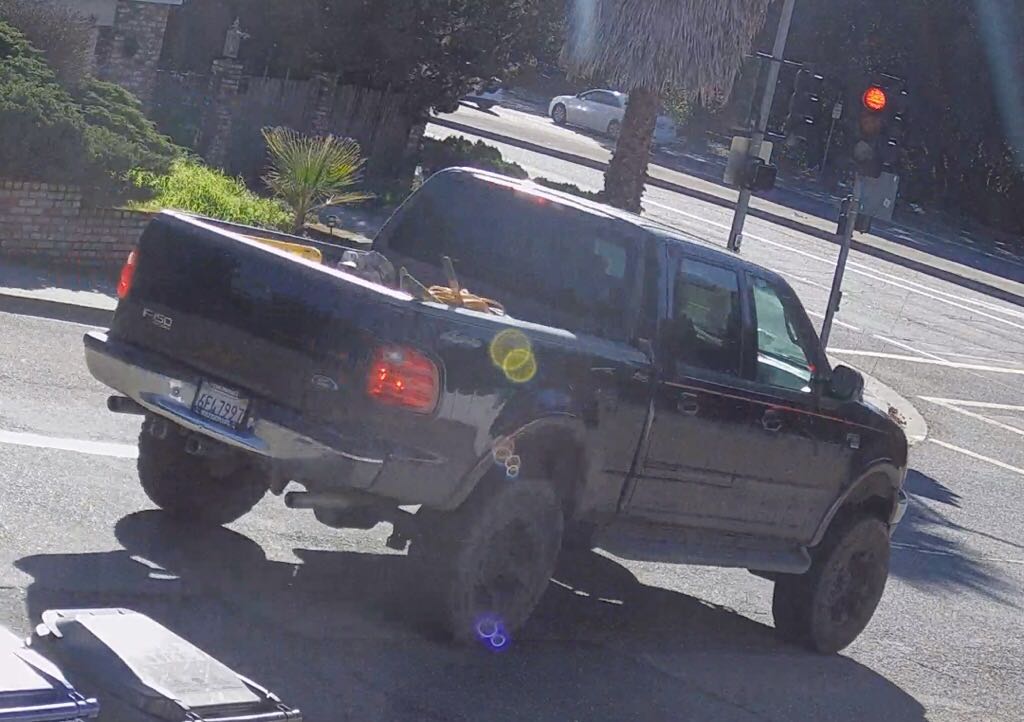 Image of vehicle California Highway Patrol officers are looking for connected to a fatal hit and run in Castro Valley on Monday, Feb. 24, 2020.

A neighbors security camera captured an image of the suspect's truck moments before the accident. That neighbor provided police with pictures and video of the truck.

Witnesses told investigators the truck was headed west on Manter, then turned left onto Crow Canyon where the girl was struck.

"He stopped, looked back then took off," said Walters.

Anne Ponugoti's kids noticed the truck when they were walking home from school.

"My daughter said it was a Ford, my son said the tires were large, parked on the hill after school, they'd never seen it before," said Ponugoti.

The suspected driver, believed to be around 25 years old, is still at large.

Two sisters who believed they were safe in the crosswalk.