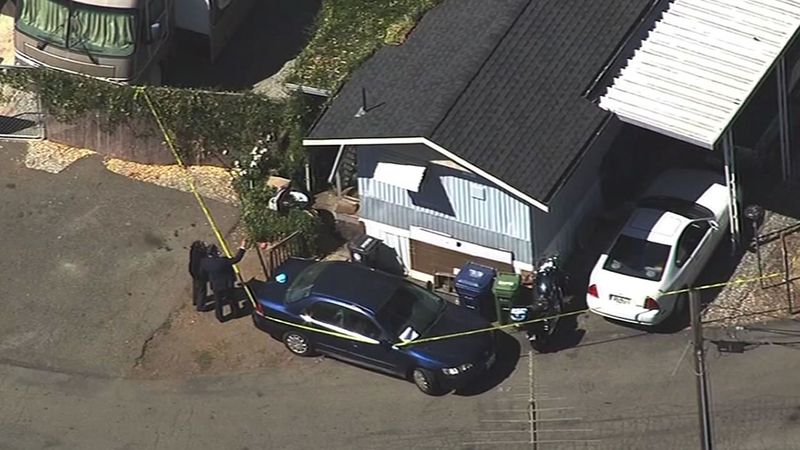 Detectives are questioning a man in his 30s who may be a relative of the victims and they're also trying to determine if he lived at the mobile home.

Shortly after noon, someone called 911 after one of the residents failed to arrive for a scheduled appointment.

Deputies responded to the mobile home for a welfare check and found a man and woman dead in the living area of the home.

Investigators recovered what they believe is the murder weapon, but they are not saying what it is at this time.

Officials made another discovery inside the home. "I think the deputies were certainly surprised they found another person inside there, what that person was doing and what their status was at that time I don't know," Alameda County Sheriff's Office spokesperson J.D. Nelson said.

Deputies are trying to determine if the man they detained is a son or step son as neighbors have given different accounts as to who he may be.