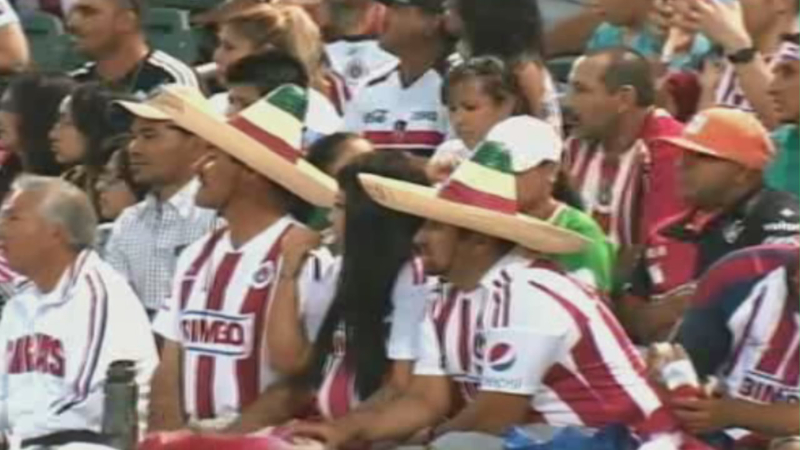 SAN JOSE, Calif. (KGO) -- One of the biggest rivalries in the soccer world will be played in San Jose when two of Mexico's most popular soccer teams take the field at Avaya Stadium on Saturday night.

Some equate it to the American equivalent of the Yankees playing the Mets, but instead it's Chivas against Atlas. The rivalry is known as El Clasico Tapatio.

Club Deportivo Guadalajara, more popularly known as Chivas, is a pro team based in Guadalajara.

Atlas Futbol Club is also from Guadalajara. Rumor has it that Atlas was founded in a bar of Guadalajara.

"The two teams from the same city playing. It's like the Mets and Yankees, a match up like that, so it's a big game no matter where they play, whether they play in Guadalajara, they play in the playoffs or they play a friendly in the States. It's a big game for them," explained Jed Mette with the San Jose Earthquakes.

It's also a big game for the fans. The Mexican-American community is buzzing about the match. Some people are even flying in from Guadalajara.

"It's the first time they've come, so you have to get your tickets," said Francisco Mendoza, a Chivas fan.

Mendoza bought 10 tickets and says he expects it to be a big party.

An estimated 18,000 fans are expected to turn out for the big game, which could also mean big traffic.