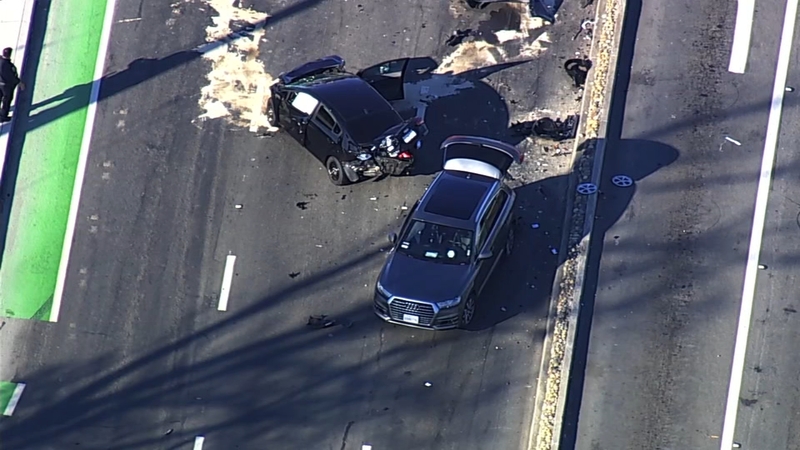 FREMONT, Calif. (KGO) -- The California Highway Patrol is investigating a car chase that ended in a crash near the Fremont Auto Mall Wednesday.

According to police, there was a report of a shooting on southbound 880 just north of Industrial Parkway in Hayward.

The suspect vehicle exited the freeway in Fremont where it collided with two other cars at Grimmer Blvd. and Auto Mall Parkway.

The suspect was taken into custody and identified as Kevin Sanders, age 28, from Berkeley, according to CHP.

In a statement, CHP said, "Sanders will be booked at the Alameda County Jail to include charges of attempted murder, shooting at an occupied vehicle, assault with a deadly weapon (firearm), felony evading, felony hit and run, and resisting arrest."

In an interview, the shooting victim said they were driving on southbound 880 when the suspect shot their passenger-side door. They immediately called 911 and began to follow the suspect until CHP arrived.

A single bullet hole could be seen on the side of the victim's truck but thankfully no one in their vehicle was injured.

The suspect and victims of the collision sustained minor injuries and were medically treated, officials said.

"This shooting is being actively investigated and any information from the public in gathering the details surrounding this shooting is appreciated," CHP said.

Anyone with information regarding this incident, is asked to call the CHP Investigation Tipline at (707) 917-4491.