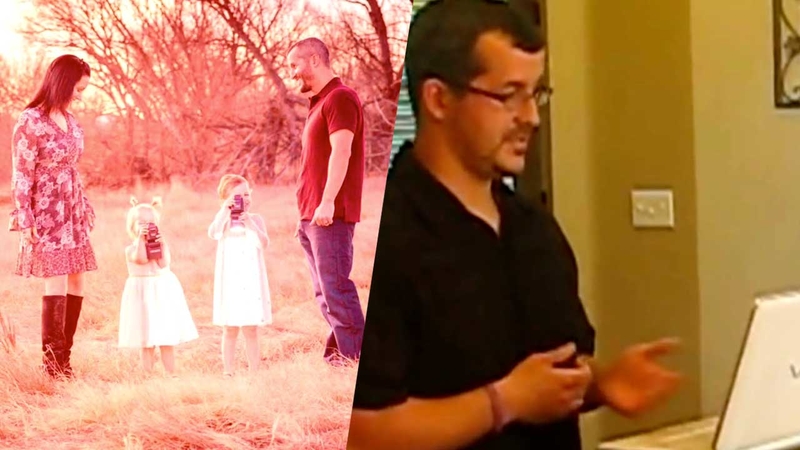 Six years before Christopher Watts was on trial for the murder of his pregnant wife and two daughters, he gave a presentation that could shed new light on the case.

In a newly surfaced video, Watts expounds on his ideas about why relationships fail for a communications class.

Earlier this month the Colorado man was charged with first-degree murder in the deaths of his wife, Shanann Watts, and their two daughters, Bella and Celeste.

According to court documents, Watts confessed to killing his wife, but he said he did it after Shanann killed their 3-year-old and 4-year-old daughters. Chris said he told Shanann he wanted to separate. He said he then discovered his wife strangling their daughter and said that the other child was already dead. That's when he said he went into a rage and killed Shanann.

Documents also revealed an allegation that Chris was having an affair with a co-worker, something he also touched on during his class presentation.

"Even at the job, you might meet a new person, and it could strengthen into something else," he said.

Shanann was expecting a son, their third child, when she was killed. In his presentation, Chris said he believed at the time that children could be the key to saving a relationship.

"Sometimes when you have children, and a relationship starts to deteriorate, a child could help repair it," he said.

Prosecutors said it's too early to discuss whether they will seek the death penalty for Watts, who is being held without bail.