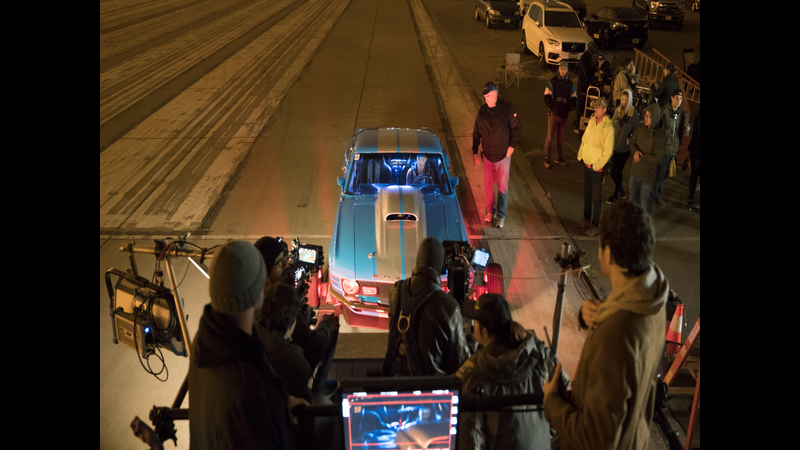 SAN JOSE, Calif. (KGO) -- As filmmakers from across the world come to San Jose for the Cinequest Film Festival, local aspiring filmmakers are showing off their talent as well.

"We are a full hands-on production at San Jose State. Our job is to make sure that when these students leave the San Jose State film program, they have a real understanding of what it is to be a filmmaker and be on a professional set," SJSU film professor Nick Martinez said.

That is the exact opportunity dozens of current and former SJSU Radio, Television and Film majors had while working on the Cinequest short film "American Muscle."

Directed by Nick Martinez, the film highlights the racing scene in the Bay Area.

"It's the underdog story," Martinez said. "It's about racing. It's about a culture that not a lot of people have seen, but put in a narrative form."

The film has been getting praise for the dramatic, edge-of-your-seat, "real-life" Hollywood style it has.

But, it's also a film people across the Bay Area can relate to.

"It's just great that they get to see something. They see their bridge and their streets in a film that is representative of them. The excitement I've received has been amazing," Martinez said.

A hometown story, made by hometown people.

"It was a surreal moment to be on set and see 10 different generations of San Jose State film working on this and go 'wow this is the height that we can go from San Jose State'. It was just a really heart-warming experience for me and there was a lot of smiles on that set," Martinez said.

If you like muscle cars and racing, you can check out the next showing of "American Muscle" here.