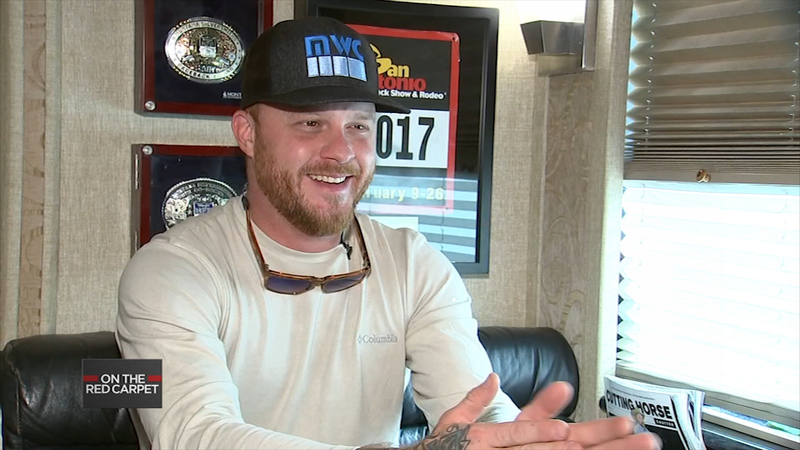 LOS ANGELES -- Country artist Cody Johnson is getting ready for the 53rd Annual CMA Awards. Although he's nominated for new artist of the year, Johnson has been playing music for most of his life.

"I didn't know how to feel, honestly, because it was the new artist category," Johnson says about his nomination, "For a guy that's been on the road for 13 years, I was like, 'This is kind of weird!'"

Johnson self-released six albums prior to signing on with Warner Music Nashville, with whom he released "Ain't Nothin' to It" earlier this year.

While many budding artists shoot for fame or money, the Texas native says that was never his goal. "I just knew that I had music in my soul," Johnson adds.

The "On My Way to You" singer and his wife, Brandi Johnson, attended the 2018 CMA Awards as spectators. Even though he's a nominee this year, Johnson isn't stressed out about country music's biggest night.

"Whether we win this award or whether we don't win this award, doesn't really change anything for me." Johnson has already gotten his dream job of playing guitar and singing onstage.

If Johnson does win at the CMA Awards this year, he admits that this will be the first time he has to give an acceptance speech. The country artist tends to go off the cuff in these situations and he warns, "I will be surprised to see what comes out of my mouth...I hope I don't say anything dumb."

For more interviews with the nominees and performers, viewers can stream "On The Red Carpet at the CMA Awards" on Nov. 13, beginning at 6:30 p.m. ET | 3:30 p.m. PT at OnTheRedCarpet.com.