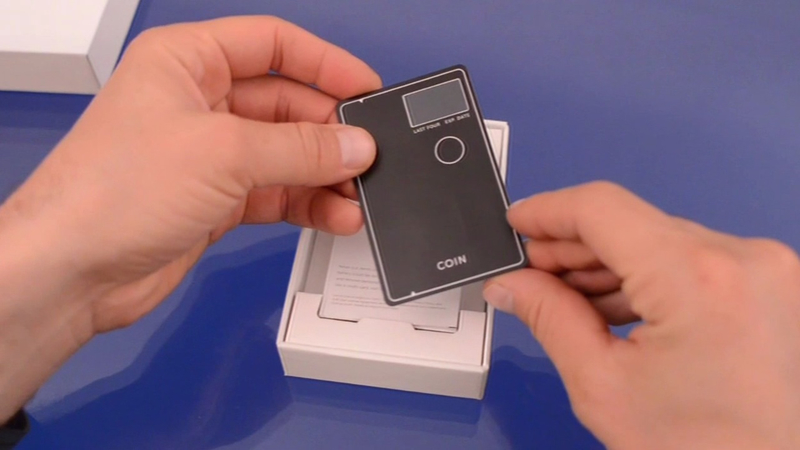 SAN FRANCISCO (KGO) -- With Black Friday around the corner, credit cards everywhere are getting ready for a workout. And if you're starting to feel like you have too many of those cards, there's good news. A tiny gadget developed here in the Bay Area is promising to thin out your bulging wallet. And it's finally shipping to consumers.

Two years ago, a startup promised the problem of bulky wallets filled to the brim with multiple credit and debit cards. At the time they only had seven employees, but thousands of would-be customers.

"He ordered it maybe two years ago. But the release date kept getting pushed back."

"We were struggling to produce 1,000 devices of which maybe 500 would work, semi-work," said Coin founder and CEO Kanishk Parashar.

But two years later, Coin 2.0 is a whole different story.

Although three competitors have announced similar products, Coin says it's already shipped 200,000 of theirs.

You load all your cards on with the stripe reader. Then push the button to find the one you want to pay with.

And after testing all over San Francisco, it's safe to say it usually works.

Part of making Coin more compatible is lots and lots of testing. Here in their lab, they have one of just about every kind of credit card terminal on the planet. And if you work there, your wrists are getting a workout.

Testing is important, because there's a lot going on in that little card. It has to know when it's being swiped.

"A Coin only puts the data on the stripe when you're swiping for like a hundredth of a second," Parashar said.

That means some readers like an ATM won't work. But engineers could fix that with a software update.

"We even have an ATM here that weighs 1000s of pounds that we found a way to forklift into our office," Parashar said.