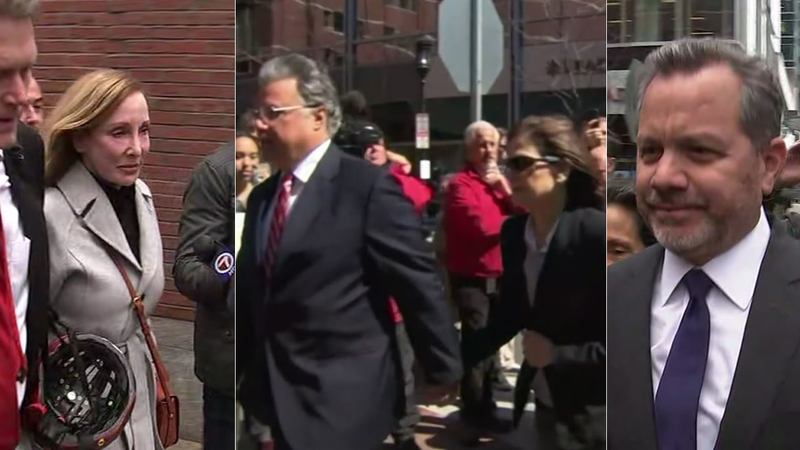 They are Diane and Todd Blake of Ross, Elizabeth and Manuel Henriquez of Atherton, Bill McGlashan of Mill Valley and Marci Palatella of Hillsborough.

Amy and Dr. Gregory Colburn from Palo Alto were previously indicted on the same charges. Their attorney says they will plead not guilty.

The parents are charged with conspiring with Rick Singer to bribe SAT and ACT test proctors or bribe university athletic coaches or in some cases both.

Many of the defendants' children were purported athletic recruits for sports they didn't play.

The second superseding indictment also charges these parents with conspiring to launder the bribes by funneling them through Singer's purported charity and by transferring money into the United States from outside the United States.

Bruce and Davina Isackson, who were part of that group, are also the only parents who signed a cooperation agreement with the government. Should they provide substantial assistance in the investigation or prosecution, the U.S. Attorney will file a motion to recommend that the court impose a sentence below the advisory guidelines sentencing range.

Bruce Isackson will also plead guilty to one count of money laundering conspiracy and one count of conspiracy to defraud the IRS after taking a tax deduction for the bribe.

The Isacksons have said they are profoundly sorry.

Actress Lori Laughlin and her husband were also indicted Tuesday. An arraignment date has not yet been scheduled.