What's happening in Colombia? What to know about violent week of protests 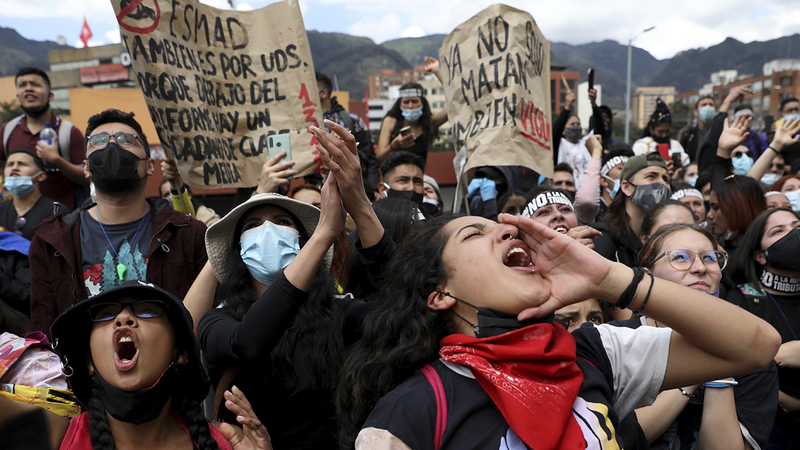 BOGOTA -- More than a week of violent protests across Colombia have seen least 25 people killed and hundreds injured, prompting statements of concern from the US government and the European Union.

Fueled by frustration over COVID-19's crushing economic pain and exacerbated by a heavy-handed police response, the upheaval has reached 247 cities and towns, according to Colombia Interior Minister Daniel Palacios.

Here's what you need to know.

Colombians first hit the streets on April 28 to protest a controversial fiscal reform introduced by President Ivan Duque. "The reform is not a whim. It's a necessity to keep the social programs going," he has said.

CNN has previously reported that Colombia needs to increase revenues through taxes in order to be able to spend -- and even to maintain vital social programs like cash support for the unemployed and credit lines to businesses struggling with the pandemic.

But critics argued the tax hikes -- like a proposed value added tax (VAT) increase on everyday goods -- would disproportionally impact middle and working classes and escalate inequality in the country's pandemic-hit economy.

Unemployment in Colombia is currently at 16%. It was 9% before the pandemic began, according to Colombia's National Statistics Department. 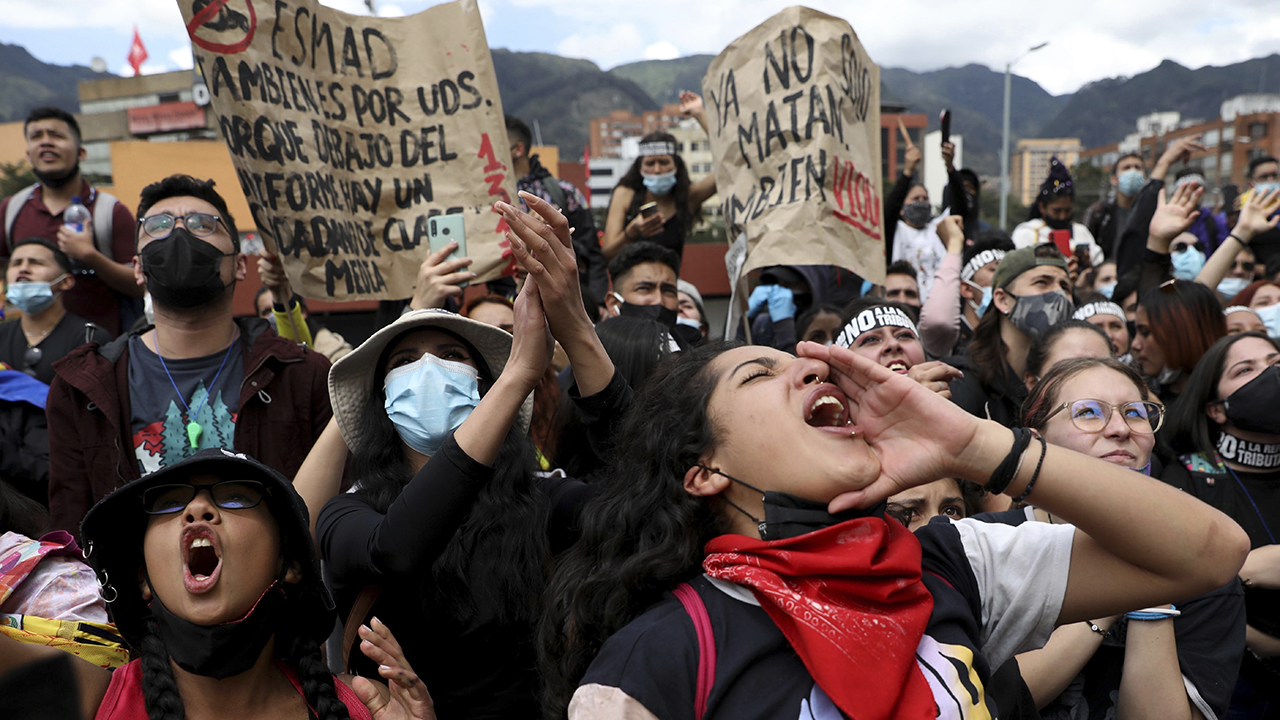 Women shout slogans during a demonstration against government-proposed tax reform in Bogota, Colombia, May 1, 2021, amid the new coronavirus pandemic.

Why have the protests continued?

Duque has withdrawn the proposed reform, but popular anger has only kept growing -- fueled at least in part by the government's iron-fisted response to protests.

Videos of anti-riot policemen using tear gas and batons against protesters have gone viral on social media, spreading beyond big cities and across the country. Far from curbing the protests, alleged police brutality has become a focal point for the demonstrators, who are now calling for an independent, international inquiry into the deaths.

Human rights nongovernmental organizations say the real death toll could be much higher and have called for the President to restrain police from using any excessive use of force.

Multilateral organizations, foreign ambassadors and even Colombian pop star Shakira have issued statements of concern over law enforcement's response -- on Tuesday, the US State Department publicly urged "the utmost restraint by public forces to prevent additional loss of life."

Tensions, however, only seems to be escalating. On Wednesday, Maj. Gen. Oscar Antonio Gomez Heredia, the chief of police in Bogota, told press that a total of 25 police stations had been attacked by protesters.

What has the government said about the violence?

Interior Minister Palacios told CNN that arrest warrants have been issued for some police officers over protester deaths. More than 580 officers have been injured, he said.

When asked by CNN at a press conference Thursday whether he would be open to an independent international inquiry into police actions, Palacios said: "We in Colombia have a very independent system of counterweight and these institutions work. They are not under siege, and as a result there's been already three warrants for three police officers involved in the death of three protesters. Our system works under the rule of law."

He told reporters that there have been 25 deaths in protests. Eleven involved police forces and they are being investigated. "We do not condone excessive use of force; we do not accept any abuse of the rule of law," he added.

President Duque has blamed much of the violence on "drug-trafficking mafias" taking advantage of the chaos.

"The vandal threat we are facing consists of a criminal organization that is hiding behind legitimate social aspirations to destabilize the society, generate terror and distract the actions of the public force," he said Wednesday.

What comes next for Colombia?

Bogotá Mayor Claudia López Hernandez said Thursday that the government needs to acknowledge and address Colombia's deep economic inequality, and that now is "not the moment" to tax the poor and middle class.

"The President heard the nation and heard the voice of the social protesters, in the sense that they acknowledged -- the national government acknowledged that their proposal of tax reform was not viable.... but now, there is -- there is political agreement that is required because we still have poverty," López said.

Duque has called for a "national dialogue" in which the government will hear the concerns of the people, including social leaders and political parties, with a tentative date of May 10.

"I want to announce that we'll set up a place to listen to the citizenry and build solutions aimed for these purposes, in which differences in ideologies shouldn't prevail, but our most profound patriotism," he said Tuesday.

But the offer has not pacified protesters, who in multiple cities are expected to continue demonstrating into next week.