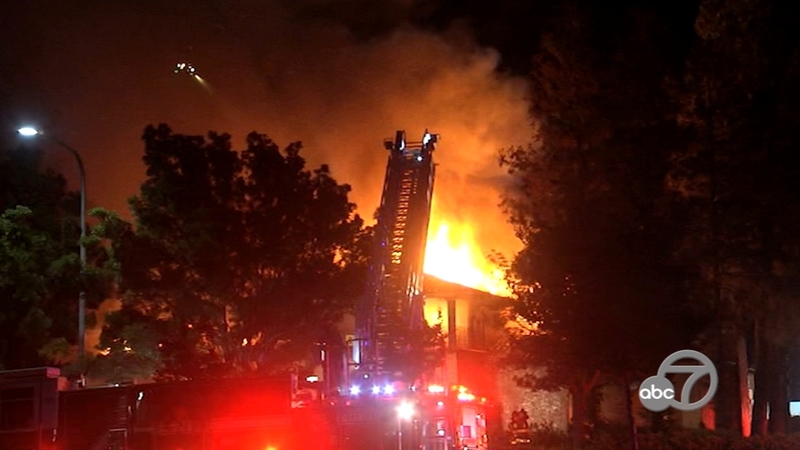 According to the Contra Costa Fire Protection District, they got a call regarding the fire around 2:40 a.m. Monday morning.

Firefighters on scene of a working fire on Willow Pass Rd. Near #Waterworld. Defensive operations, avoid the area. #WaterworldIC. pic.twitter.com/veLWRZPgfj

When crews arrived on scene, they found fire shooting through the roof of the building.

Video shared with ABC7 shows the site of a vacant building up in flames.

The fire was put out just before 4 a.m., but crews remained on scene until about 9:45 a.m., officials told ABC7.

The fire sparked just down the street from Six Flags Hurricane Harbor.

No one was injured in the fire and the cause of the fire is considered "suspicious," fire officials said.