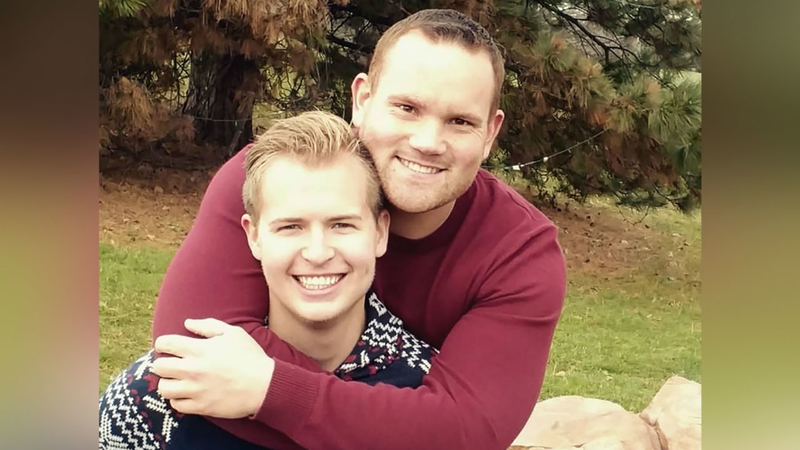 CANTON, South Dakota -- A COVID-19 vaccine appointment at a Canton, South Dakota hospital turned into a marriage proposal for one healthcare couple.

Robbie Vargas-Cortes, 31, a paramedic and EMS supervisor, was scheduled to get his vaccination on December 23rd, and knew his boyfriend of five years was one of the vaccine administrators at Sanford Canton-Inwood Medical Center.

"I wanted for it to be a surprise," Vargas-Cortes told CNN.

Eric Vanderlee, a registered nurse, told CNN he had no idea the proposal was coming. When Vargas-Cortes rolled up his sleeve and there was already tape on his arm, he thought his boyfriend was jokingly indicating where the vaccine should go, "like a bulls eye or something."

But Vargas-Cortes had taped a ring to his arm.

"It just kind of dawned on me and I was like, 'absolutely, of course, yes.' It was just an amazing moment after I figured it out," Vanderlee said.

Vanderlee then had to administer the vaccine to his new fiancé.

And within 10 minutes, Vargas-Cortes, vaccinated and engaged, was out the door responding to an ambulance call.

"Congratulations, Eric and Robby!" Sanford Health said in a Facebook post along with video of the proposal.

"If you like it you should put a ring and vaccine on it! Congrats!!" one user commented on the post.

Vargas-Cortes said he had the ring for three years, and was waiting for the right moment to pop the question. "We're nearing the end of the pandemic. The vaccine is kind of like a new chapter," he said.

"He was a wonderful man," Vanderlee said. "Even though we had seen Covid as employees, to finally have a family member die was shocking."

For Vanderlee, vaccination became a personal as well as a professional objective. "I want to be a part of this end. I feel like I can't pass this up. It's like a once in a lifetime opportunity to be the one giving the vaccine if I have the chance," he said.

The couple says they will not be planning their wedding until after the pandemic. But they feel lucky to have the right to take the big step when they are ready.

"South Dakota is a very conservative state. We wouldn't have had the right to marry without the Supreme Court in 2015. So to see such an outpouring of support, especially from our fellow South Dakotans, has been uplifting," Vargas-Cortes said.