Multi-vehicle accident cleared from SB I-280 in San Jose 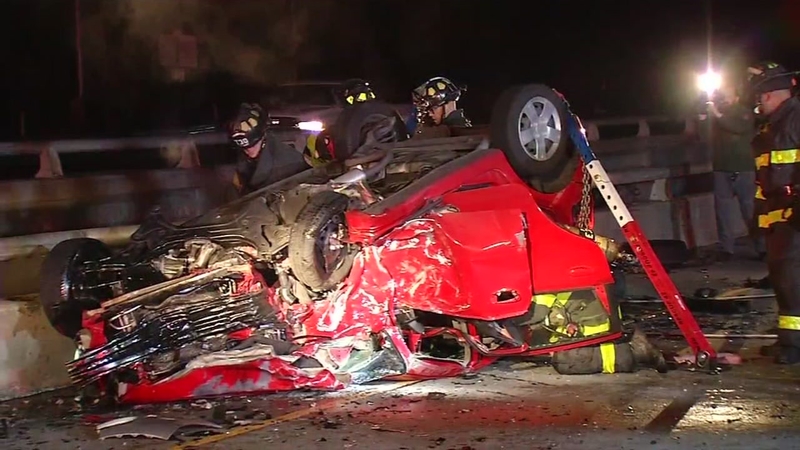 Crash cleared from I-280 in San Jose

SAN JOSE -- All lanes are now open following an early morning multi-vehicle collision on Interstate Highway 280 south of Bird Avenue in San Jose today, according to the CHP.

At about 3:30 a.m., CHP officers responded to a report of a vehicle that had crashed and ended up on its roof.

Shortly after that, additional vehicles were reported to be involved in the major-injury collision that scattered wreckage across all the southbound lanes, which were closed to traffic at about 3:45 a.m.

Engine is in middle of SB280 in San Jose about 30 feet away from car. CHP says wrong way driver caused crash. 2 people taken to hospital. pic.twitter.com/JHkbzuijSL

Picture of SB 280 in both directions at Bird Avenue in San Jose. Avoid area if you can. Cars parked on 280 waiting for it to reopen. pic.twitter.com/6zXlUjUVEE