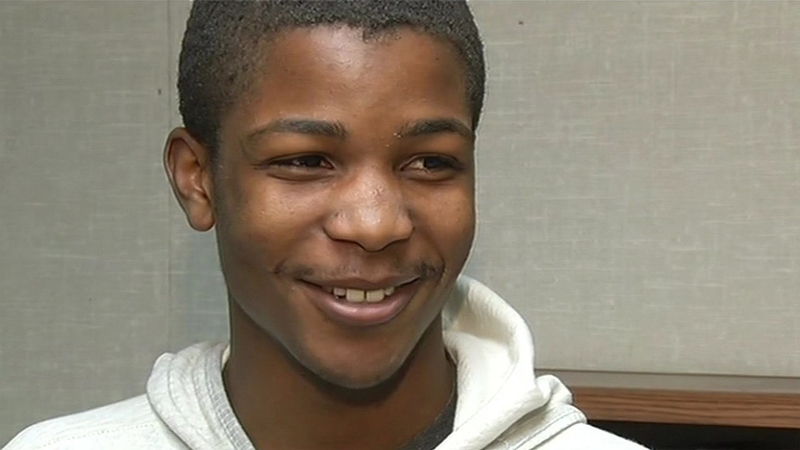 The basketball court has been a place of refuge for Joseph Martin. He was born in Ivory Coast.

Joseph and his family were living in Liberia when Civil War broke out, forcing them to leave. "There was a war that broke out and she wanted better opportunities for us and we had to go through a whole process to get here," he said.

Martin was only five when his mother and siblings moved to Oakland, speaking no English. "I was struggling with school work because I couldn't get my work done. I sometimes didn't want to go to school because I knew I'd be made fun of, but I never gave up on myself. I kept trying and here I am," he said.

He attends Coliseum College Prep Academy, and is on the basketball team. His dream is to attend Georgetown University to study business. "I'm ready to go to the game. i'm just ready," he said.

Travon Hadnot wrote about living in a tough neighborhood where one is never too young to die. At 18, he's the captain of the basketball team at Dewey Academy, a continuation school. Next year, he will attend Merritt College in Oakland. "I have a single parent, my mom is a single parent, she raised five boys and you know the struggle has been real and I'm trying to make her proud by graduating," Hadnot said.

"I had to spend two weeks in the superdome during Hurricane Katrina," Dyllon Louis said.

Louis moved to Oakland to live with his cousins. His mother is still in Louisiana. He wrote a five-page essay about being homeless following Katrina. Now, he's a star football player at McClymonds High School. "I'm a person who really takes education seriously and really want to do something for my mother so when I graduate I can get a really good job so I can support her," he said.

Louis said his invited guest tonight will be another student from McClymonds who is fighting Leukemia.