SAN JOSE, Calif. (KGO) -- Leland High School occupies 55 acres in the heart of Almaden Valley, an upper middle class neighborhood. It's one of nine sites being considered to build affordable housing for teachers and other employees of the San Jose Unified School District.

Nearby, Bret Harte Middle School's 20 acre site, four elementary schools, one K through 8 school, and one other middle school are also on the list as possibilities. The ninth site is on Lenzen Avenue, where the district's headquarters are located.

As word spreads about the proposal, strong opposition has surfaced, including thousands who have signed a Change.org petition started by Greg Braley.

However, the school district says the quality of education is at stake because it's losing teachers because of the high cost of housing. It needs to recruit about 200 teachers each year.

If torn down, the current Leland and Bret Harte schools would be replaced with new buildings at another site.

"They don't have to tear them down, move them somewhere else so that they can build low-cost housing for their staff here," said opponent Robert Braunstein. "There are other places in the city that make a much better choice."

School officials says it will try to clear up misinformation about the proposal at a public meeting Wednesday evening at Leland High School.

The school district says no final decision will be made for at least a year while staff reviews and analyzes each of the nine proposed sites.
Report a correction or typo
Related topics:
educationsan josehigh schoolteacherhousinghousing marketteachersaffordable housing
Copyright © 2021 KGO-TV. All Rights Reserved.
RELATED 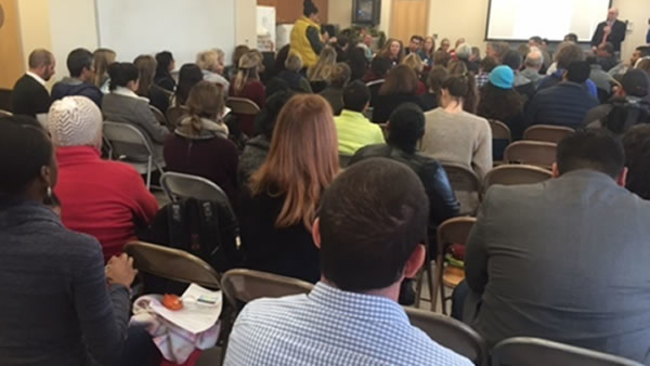