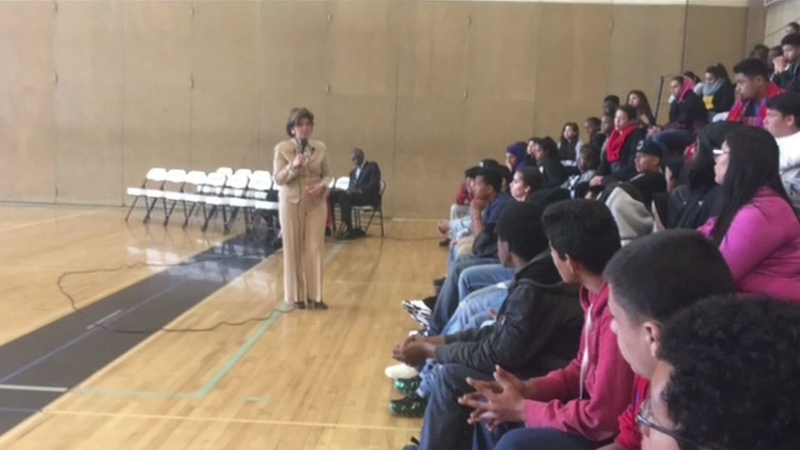 HAYWARD, Calif. (KGO) -- A famed attorney, well-known for addressing sexual assault issues, did just that at Tennyson High School in Hayward on Friday.

"I think under the circumstances, there are better messengers for high-risk students at a public high school than someone who is charged with a felony of rape of an intoxicated woman," Allred said.

Allred says McDonald's visit never should've happened. "I understand that some parents in the community were very upset about the choice of Mr. McDonald and I think they had a right to be upset and I'm very proud of them that they spoke out," she said.

Allred visited the same school Friday, talking to many of the same kids about making good choices.

The ex-player has had several other arrests for domestic violence and child endangerment, among other charges.

After McDonald's February visit to Tennyson, the superintendent of the Hayward School District sent a letter to parents expressing regret for his visit.

"I think that it's definitely not a right time that we brought in Ray McDonald, but we hope that our students will learn from Ms. Allred here today," Hayward Unified School District's Sabrina Aranda said.

When asked what talk Jackson got more out of, he responded, "To be honest, since he's an athlete, I got more from him because since I'm an athlete, you know. Because I understand. But she still gave us a different point of view."

McDonald's felony rape trial is set to begin next month. In September, he entered a plea of not guilty.