Eighth man arrested, charged in connection with the murder of 15-year-old Bronx teen 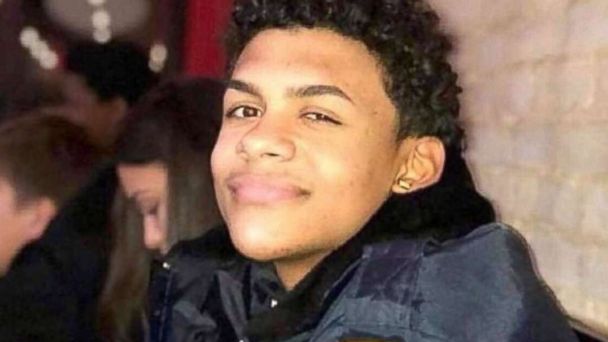 An eighth person was arrested today in connection with the murder of a 15-year-old boy, who was hacked to death with a knife and machete outside of a Bronx bodega by a group of men in what law enforcement officials said was an apparent case of mistaken identity.

Elvin Garcia is the eighth person arrested and charged in the death of Lesandro Guzman-Feliz, according to New York Police Department (NYPD) officials.

Guzman-Feliz, who was known to friends as "Junior," was a member of NYPD Law Enforcement Explorer program, was dragged from a Bronx store and stabbed multiple times. He later died after running three blocks to a nearby hospital, officials said.

Garcia is expected to be arraigned tonight on murder, manslaughter and other charges, a spokesperson for the NYPD told ABC News.

Authorities said the men are reputed members of the Trinitarios street gang.

Kevin Alvarez, 19, who turned himself in to New York police over the weekend has been charged with murder in the second degree, manslaughter, gang assault and assault, according to NYPD officials.

Police are still searching for more suspects in the brutal attack.