KGO
By by Rigo Chacon 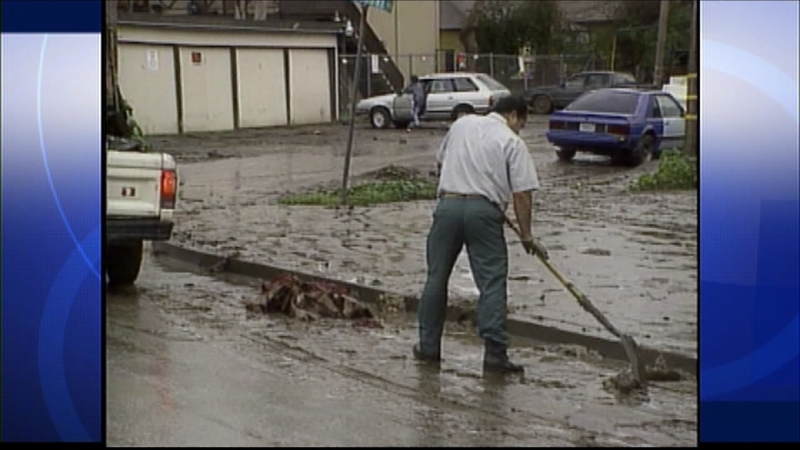 PALO ALTO, Calif. (KGO) -- The flood in southern San Mateo County happened in two neighboring but dramatically different communities. Palo Alto, the home of Stanford University, is on the west side of the freeway. Right next to it sits East Palo Alto, a struggling community that has an ongoing battle with poverty, crime and the specter of drug dealers that attract more crime. Both communities are dealing with a natural disaster.

Recognized as one of the most beautiful boulevards in Silicon Valley, University Avenue became a small river when the area was flooded. It started to recover almost immediately.

Much of the recovery is due to quick response. Before daybreak on the day of the flood, Palo Alto public works crews moved in. And before noon, much of the mud and debris were gone. Some of the homeowners took on the job of cleaning their property but the big cleanup projects belong to well-staffed city departments.

Many of the underground garages in Palo Alto were flooded and a number of cars were lost. Some items were spared but most homeowners here are grateful that they can often fend for themselves.

"We ran out at like 2 a.m. and got our cars out," said Palo Alto resident Gail Pietras. "It was like a river running down the street. This stuff in the storage area is gone, but a lot of people lost a lot more."

Most of the people in the flooded areas of Palo Alto have recovered or have hired people to help them recover.

But up against Highway 101 and on the east side of the highway is East Palo Alto where municipal resources are limited, where incomes are lower, and where a comeback from a natural disaster is considerably more difficult.

While a number of Palo Alto public works crews cleaned up University Avenue, East Palo Alto cleanup in an area covered with debris consisted of a city employee working all by himself.

In some areas, team effort saved the day. A group of men spent all day taking cars out of a flooded garage. Alice Sarment's car was one of them.

"They all live in the building," she said. "It's wonderful how they all got together to help."

A regional plan is under way to prevent future flooding for Palo Alto and for its low income neighbor that will take a little longer to recover.