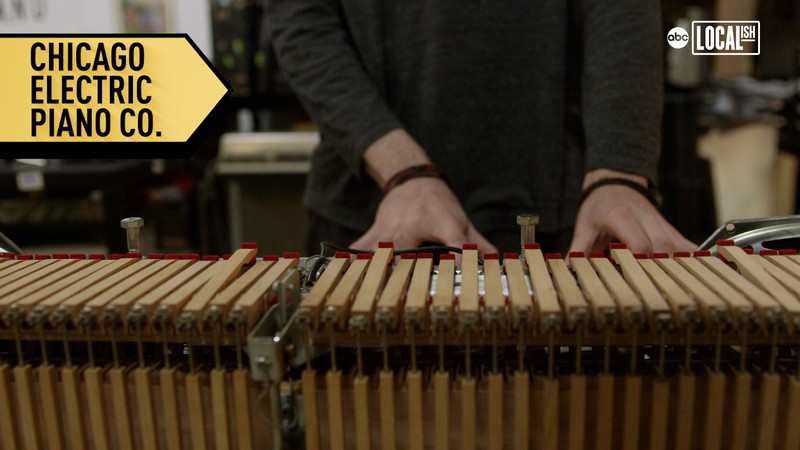 CHICAGO -- Tucked away in an inconspicuous alley in Chicago's northwest Belmont Cragin neighborhood, the Chicago Electric Piano Co. is a treasure trove of classic instruments and great music waiting to get made.

Max Brink opened the shop a decade ago as one of the only stores of its kind in the country.

"You know most people are unfamiliar with these instruments, but they really are on everyones favorite records from the 50s, 60s and 70s," Brink said.

The work started as a hobby for Brink, and now the company has four full time employees.

"Covid for us has been surprisingly strong," Brink said. "We're in some ways busier than ever."

Co-owner Mike Novak believes that more people are starting to share their passion for the specific sounds of vintage keyboards.

"The digital sound is usually- there's such an emphasis on perfection. And these instruments all sound slightly different from each other and they all have unique quirks to them," Novak said.

The Chicago Electric Piano Co. ships its instruments internationally, and sees in-person customers who drive in from throughout the midwest and central United States.

Although the music industry has been placed on hold for an entire year, Brink said, some people have taken the time to rediscover what continues to make electric keyboards stand out.