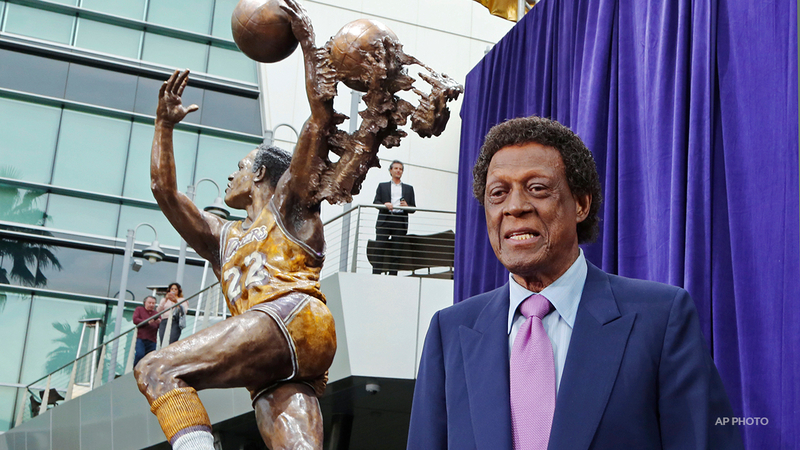 The Lakers announced that Baylor died in Los Angeles with his wife, Elaine, and daughter Krystal by his side.

With a silky-smooth jumper and fluid athleticism, Baylor played a major role in revolutionizing basketball from a ground-bound sport into an aerial show.

Lakers Governor Jeanie Buss praised Baylor as "THE superstar of his era," adding that his many accolades speak to that.

His second career as a personnel executive with the Los Angeles Clippers was much less successful.

He worked for the Clippers from 1986 until 2008, when he left the team with acrimony and an unsuccessful lawsuit against owner Donald Sterling and the NBA claiming age and race discrimination.