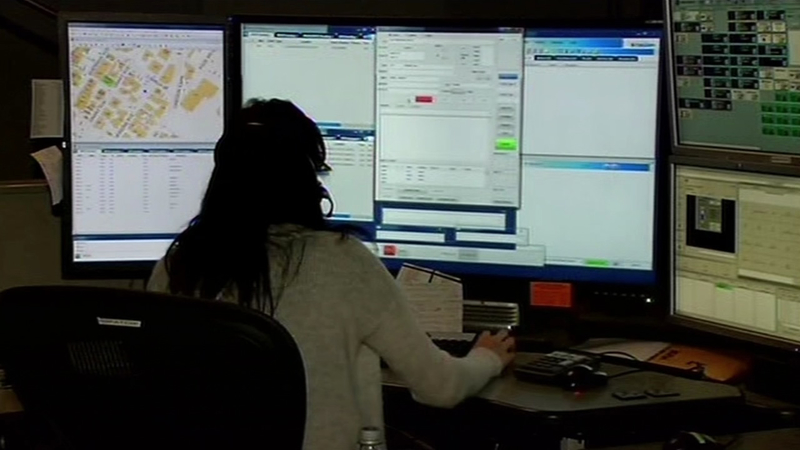 SUNNYVALE, Calif. (KGO) -- When you need help, you call 911, but many of those calls come from cellphones and that may be a problem.

Those answering calls for help might have trouble finding out where the caller is.

A clash of old and new technology is making it increasingly difficult for emergency dispatchers to know where 911 callers are located. And one of the worst examples is Silicon Valley where the accurate location is given only one to three times out of every 10 calls.

Dispatchers at 911 call centers are supposed to get a read-out with a location where the caller is, but it doesn't always happen. Even when they press a button to get longitude and latitude from GPS and cell towers through a process called a re-bid, the location doesn't always display.

"The network is designed for the legacy landline system that we were all used to 20 years ago and now virtually everyone has a cellphone and is a different technology and a different way of calculating where the location of the caller is," Palo Alto Police Technical Services Director Charles Cullen said.

At least 70 percent of 911 calls originate today from cellphones. The location detection system for cellphones uses satellites. Just as GPS doesn't work indoors, the same is true for cellphones.
The existing system also can't pinpoint what floor the caller is on. For a high rise, that's a real problem.

An 8-year-old company in Sunnyvale, NextNav, has deployed technology across the Bay Area to test an indoor 911 location system. It uses beacons that penetrate glass, brick and steel structures.

"They actually radiate a signal which is very similar to GPS, but it's operating at a different frequency. It's operating in a band like your FM radio stations at a point where it can penetrate inside buildings extremely well," NextNav Co-Founder and President Ganesh Pattabiraman said.

NextNav demonstrated its capability by tracking a person inside a Bay Area mall as part of a national test. When overlaid on an indoor map of the mall, the person's location, even while walking or taking an escalator, is accurate. Wireless carriers will be reviewing this and competing systems to choose a solution in the next 18 months.
Related topics:
technologysunnyvale911 callcellphonegpspolicesmartphones
Copyright © 2021 KGO-TV. All Rights Reserved.
TOP STORIES
Booster appts. canceled as pharmacies run out of COVID vaccine
How SFO is working with CDC in preparation for omicron variant
Authorities admit WC Nordstrom theft suspect released by mistake
US moving to toughen testing requirement for travelers
Abortion rights at stake in historic Supreme Court arguments
Student shoots, kills 3, injures 8 at Michigan high school
Chris Cuomo suspended from CNN after AG releases documents
Show More
Intimate texts cast doubt on Holmes' claim of ex-COO's abuse
ABC7's Day of Giving: How to help in your community
Woman detained after running onto tarmac at LAX
CDC says HIV is still disproportionately affecting these groups
Bay Area leading race to produce COVID variant omicron's DNA
More TOP STORIES News